A young Palestinian woman was pronounced dead on Friday afternoon after she succumbed to wounds sustained by Israeli military gunfire early Friday morning before dawn.

The Palestinian Ministry of Health confirmed that 23-year-old Dalia Samoudi died of a gunshot wound to her chest that punctured her aorta, liver, and pancreas, leaving her in critical condition.

After undergoing several surgeries, doctors were unable to save her, and she passed away.

Local media reported that Samoudi was injured during a violent Israeli search and arrest raid in the city of Jenin in the early hours of Friday morning. 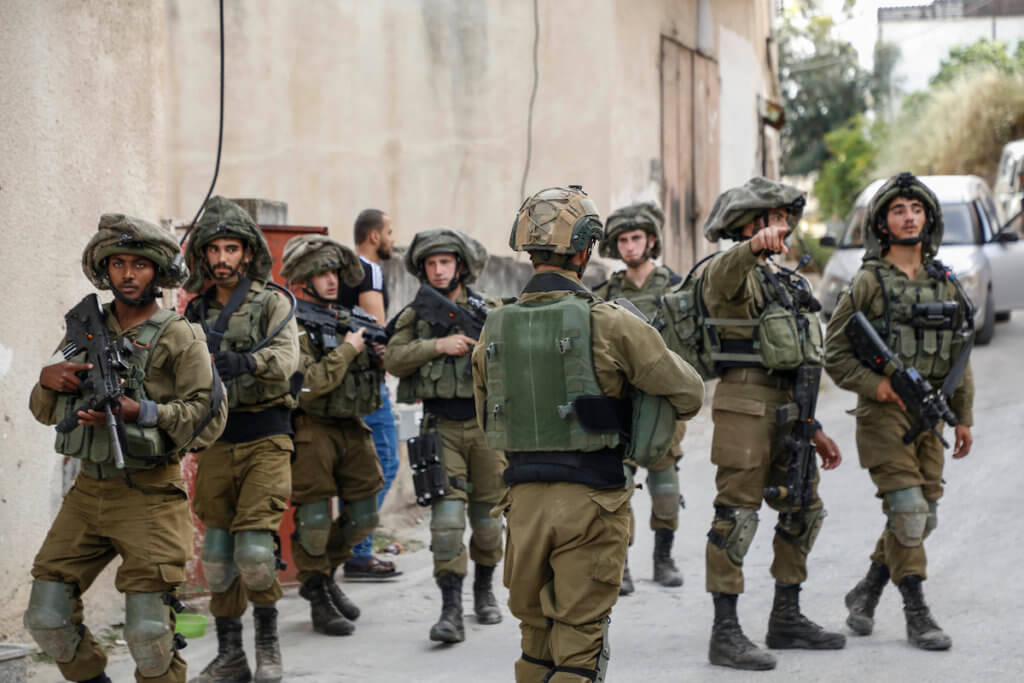 Israeli forces on patrol near the West Bank city of Jenin in May 2020. (Photo: Oday Daibes/APA Images)

According to reports from Wafa, the official news agency of the Palestinian Authority (PA), Israeli forces raided the al-Jaberiyyat neighborhood of Jenin where they “interrogated and threatened to re-arrest a former prisoner after breaking into his house.”

In response to the army’s raid, local youth clashed with the soldiers and reportedly attempted to block the army’s passage further into the city, causing the soldiers to open fire on protesters.

Several reports from Arabic media said that Samoudi was not a part of the clashes, but was caught in the cross-fire and was hit with a bullet while in her home, allegedly while she was attempting to close her window due to the tear gas.

Wafa cited Mahmoud al-Saadi, Director of the Palestinian Red Crescent Society (PRCS), as saying that Israeli forces opened fire on an ambulance as it tried to reach Samoudi’s house to evacuate her, leaving two bullet holes in the ambulance.

The Israeli military issued a statement on Friday, denying responsibility for Samoudi’s death, saying that Israeli soldiers did not use live fire, and that it was Palestinian civilians who were using live ammunition.