MENUMENU
Analysis /Why are Israel’s allies suddenly concerned about its latest annexation?

Why are Israel’s allies suddenly concerned about its latest annexation? The first Israeli prime minister, David Ben-Gurion, officially proclaims the state of Israel on 14 May 1948 in Tel Aviv

Joseph Massad writes in Middle East Eye 13 July 2020:
Israel’s announcement of plans to annex 30 percent of the occupied West Bank has caused much concern among its friends in Western governments, Jewish organisations and pundits about the potential negative repercussions befalling not the Palestinian people, but Israel. They are worried about the loss of Israel’s alleged “Jewish and democratic” character, and fear it would have to sacrifice one for the other.
As for Israel’s Arab friends, including the Palestinian Authority, Jordan and several Gulf states, they are concerned about the death of the “two-state solution”. Jordan’s King Abdullah II told members of the US Congress that he feared annexation “would radicalise Palestinians and empower violent extremists. Hamas would benefit from annexation”. He also worried that annexation would negatively impact Israel’s ongoing efforts “to build relationships in the region”.

This reaction stands in contrast to the accommodation that all of Israel’s Western and Arab friends, and even the United Nations, have proffered to the “Jewish state” for decades, despite its illegal annexation of territories after its establishment in May 1948.

That year, Israel annexed half the territories allocated to Palestinians by the 1947 UN General Assembly Resolution 181. Israel later annexed Jerusalem in 1967 and more formally in 1980, and Syria’s Golan Heights in 1981. It is true that the UN and many countries condemned some or all of these annexations, but there were never any negative repercussions for Israel as a result.

Taking their cue from Resolution 181, which remains to this day the only legal basis for establishing a Jewish state in Palestine, Zionist militias embarked on 30 November 1947 – the day after the resolution’s passage – on conquering as much of Palestine and expelling as many Palestinians as they could. By the end of their invasion, Zionists had occupied all the territory allocated to them by Resolution 181 and half the territory allocated to Palestinians. They also occupied West Jerusalem, which Resolution 181 placed under UN jurisdiction.

All in all, rather than taking over 55 percent of Palestine, Zionists took more than 78 percent. This presented a problem when Israel submitted a membership application to the UN on the first anniversary of Resolution 181, while it still occupied Palestinian and UN territories.

The Security Council reviewed the application and adopted Resolution 69 in March 1949, recommending that the General Assembly admit Israel as a “peace-loving” state. The vote was 9 to 1 in favour, with Egypt opposing. The UK abstained, as it had on Resolution 181 in 1947.

The General Assembly was reluctant to admit Israel until it responded to queries from member states on its violations of two UN resolutions. This related to Israel’s refusal to declare official boundaries, its occupation of half the territory allocated to the Palestinian state, its occupation of West Jerusalem, and its refusal to allow Palestinian refugees to return to their homes inside the territory on which Israel established itself, along with its refusal to compensate those refugees for lost property, as stipulated by Resolution 194, adopted on 11 December 1948.

Resolution 194 also established the UN Conciliation Commission for Palestine, which was during this period negotiating with Israel on the demarcation of its borders. 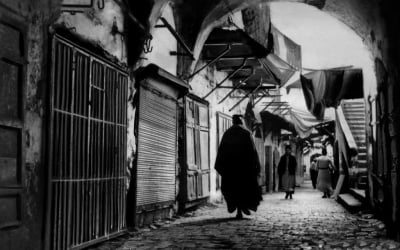