Where is justice when ICC refuses to act?

Israel’s assault on Gaza in the winter of 2008-09 killed more than 1,400 Palestinians and injured thousands more. Photo by Hatem Omar/MaanImages

Time for the ICC to act on Palestine

A clear and urgent need for judicial intervention is needed for Palestinians who continue to be marginalised.

Over three years ago, on January 22, 2009 – in the immediate aftermath of Operation Cast Lead – the government of Palestine lodged a declaration with the Registrar of the International Criminal Court, accepting the Court’s jurisdiction “for the purpose of identifying, prosecuting and judging the authors and accomplices of acts committed on the territory of Palestine since 1 July 2002”. This declaration gives the ICC jurisdiction to investigate all suspected crimes – regardless of the nationality of the perpetrator – committed on Palestinian territory.

The reality on the ground demonstrates the clear and urgent need for judicial intervention.

Since the beginning of the Oslo process over 20 years ago, the rights of the Palestinian people have been continuously sacrificed in the name of political progress. The peace process’s forfeit of the rule of law and human rights was intended to secure peace and security. The result has been neither peace nor security, but rather a consistent – and in recent years, increasing – deterioration of the quality of life. In the West Bank, including East Jerusalem, the expansion of settlements continues relentlessly, while the illegal Annexation Wall creates a situation that is completely at odds with both international law and the stated goals of the peace process. In the Gaza Strip we are focused on securing access to medicines, water, adequate food, and, on the right to movement, education and work.

Life in Palestine is subject to the rule of the jungle: generals and politicians know that they can violate the law with impunity, fuelling a continuous cycle of violations and suffering. The result has been an increase in war crimes committed against innocent civilians. Throughout Palestine we are struggling for the right to live, and the right to live in dignity.

Pressure not to press charges

Against this backdrop, the possibility of accountability at the ICC – and let us be clear that this represents the possibility that, for the first time, the law will be applied equally and impartially to all sides – has been subject to political manipulation. Europe and the US in particular, have consistently tried to block any possible ICC intervention. In the context of Palestine’s bid for UN membership, the Guardian reported that the UK was basing its support for the resolution on the State of Palestine refraining “from applying for membership of the international criminal court or the international court of justice, which could both be used to pursue war crimes charges or other legal claims against Israel'”. President Mahmoud Abbas reported similar pressures form the US: “I heard from the Americans …. They said, ‘If you will have your state, you will go to the ICC. We don’t want you to go the ICC.’”

It is even more unacceptable to leave millions of civilians outside the scope of international justice because of political pressures exerted on the government, especially if it is in an extremely weak position as a government under occupation, and cannot take bold positions without the support of the international community.

On April 3, 2012, after a delay of over three years, Luis Moreno-Ocampo, then the ICC Prosecutor, issued a much criticised two page decision refusing to accept jurisdiction over Palestine, on the basis that the Office of the Prosecutor was not competent to decide whether Palestine was a state and thus capable of accepting the Court’s jurisdiction. It was claimed that this was a decision for the UN, although the statement ignored the fact that in October 2011 – prior to the Prosecutor’s decision – Palestine had been accepted as a Member State of UNESCO. On November 29, 2012, the UN General Assembly recognised Palestine as a “non-Member Observer State” leaving no possible doubt as to whether Palestine can be regarded as a State vis-à-vis the ICC Statute.

It appears that the ICC Office of the Prosecutor – despite its ability to open an investigation based on Palestine’s still valid 2009 declaration – is waiting for Palestine to ratify the Statute of the International Criminal Court and become a full member.

Al Haq and the Palestinian Centre for Human Rights are indeed pushing for Palestine to ratify the ICC Statute and other international treaties*. However, the ICC’s current position is unacceptable. 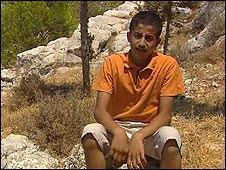 “They dragged me from my home by the scruff of the neck. The more I cried the more they choked me… They pulled me along on my stomach. My knees were bleeding. They beat me with their guns and kicked me all the way to the jeep”. Mohammad Khawaja, 13. BBC news

It goes against the very object and purpose of the ICC to allow states to escape accountability because they changed their mind after triggering the Court’s jurisdiction, whether by subsequently refusing to ratify the Statute or “pulling back” the initial referral. Justice cannot be held to ransom in this way.

It is even more unacceptable to leave millions of civilians outside the scope of international justice because of political pressures exerted on the government, especially if it is in an extremely weak position as a government under occupation, and cannot take bold positions without the support of the international community.

Decisions such as these must be taken by a judicial organ of the Court, delegating such an important admissibility decision to political bodies undermines the independence of the Court, and Article 19(3) of the Rome Statute should be utilised in this regard.

The reality of the situation in Israel and Palestine demands urgent intervention. The prosecutor’s April 2012 “decision not to decide” turned its back on both the gravity of the situation, and the International Criminal Court’s mandate “to put an end to impunity for the perpetrators” of international crimes.

Ali Salim Mousa stands in the middle of the rubble of his house, demolished on 14.04.2010, in Al Khader. Photo by ActiveStills.

We urge the prosecutor to visit Palestine, to meet with the victims, and to experience the reality on the ground. Now more than ever, the need for justice, and not political parlour games, is apparent. Justice is not a commodity that can be traded in the name of political progress. The International Criminal Court must not become complicit in the on-going failures of the peace before justice process. It should live up to its mandate – and the expectation of victims worldwide – and take concrete steps towards ending impunity in Israel and Palestine.

Raji Sourani is Director of the Palestinian Centre for Human Rights, based in Gaza.

PLO report gives details of 266 Palestinians killed by Israel in 2012, MEMO report on violations in 2012