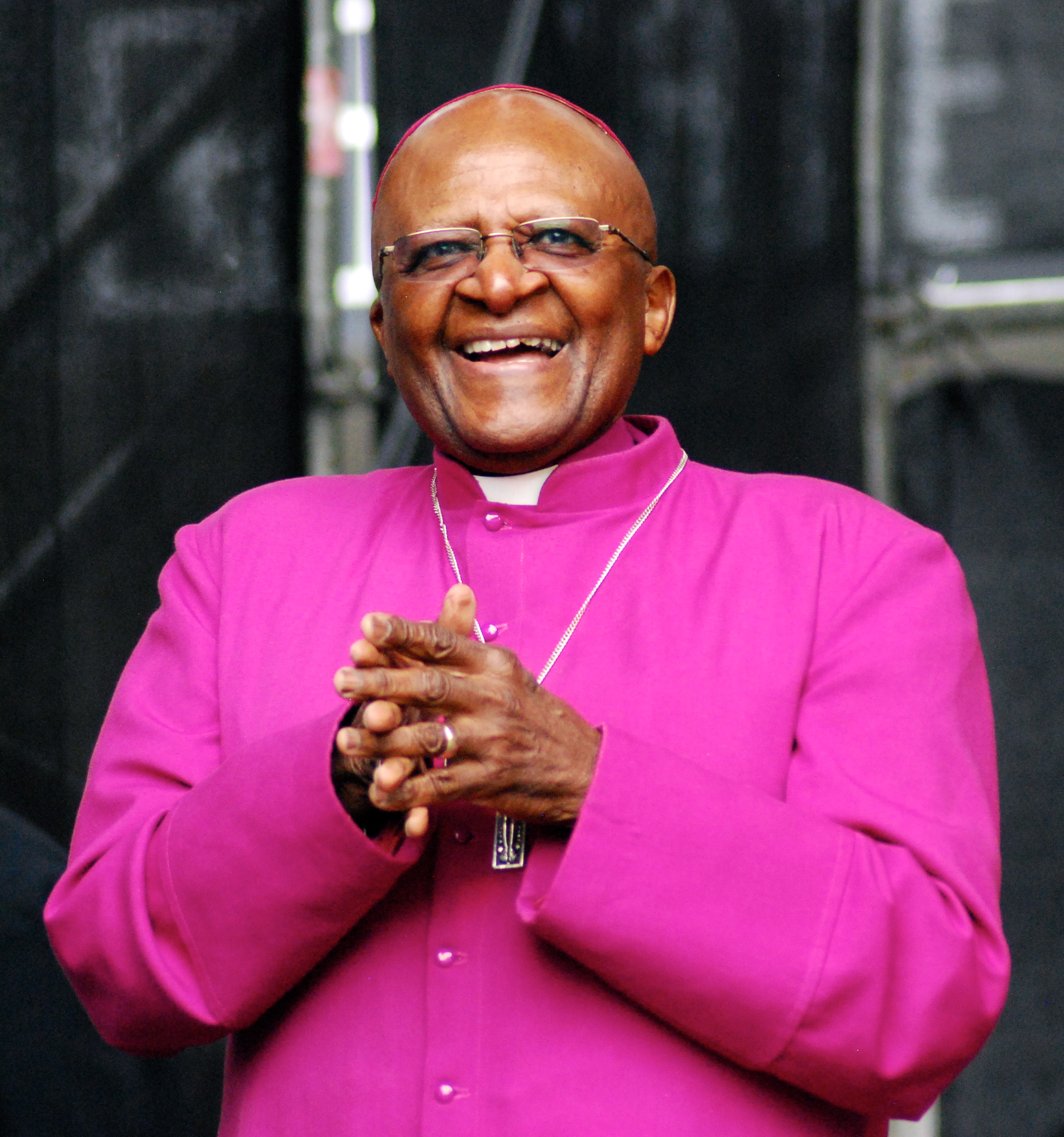 As the Presbyterian Church USA holds its 2014 general assembly in Detroit from 14 to 21 June, Archbishop Emeritus of Cape Town Desmond Tutu has issued this call on delegates to vote in favor of divestment from companies that assist “apartheid” Israel’s occupation of the Palestinian people:

As the Presbyterian General Assembly gathers for its biennial meeting, I reach out in prayer and solidarity that the Assembly will make a strong witness for reconciliation, justice and peace. I am aware that the Assembly will consider eight overtures on the confounding and intractable conflict in Israel and Palestine, however I am especially urging the Assembly to adopt the overture naming Israel as an apartheid state through its domestic policies and maintenance of the occupation, and the overture calling for divestment of certain companies that contribute to the occupation of the Palestinian people.

Both are worthy of adoption, by speaking truth in the first instance, and owning up to the Church’s complicity in maintaining the occupation through its investments in the second.

The sustainability of Israel as a homeland for the Jewish people has always been dependent on its ability to deliver justice to the Palestinians. I know firsthand that Israel has created an apartheid reality within its borders and through its occupation. The parallels to my own beloved South Africa are painfully stark indeed. Realistic Israeli leaders have acknowledged that Israel will either end its occupation through a one or two-state solution, or live in an apartheid state in perpetuity. The latter option is unsustainable and an offense to justice. We learned in South Africa that the only way to end apartheid peacefully was to force the powerful to the table through economic pressure.

The overtures proposed at the General Assembly are not about delegitimizing the State of Israel, but about ending its suppression of four million Palestinian sisters and brothers. It’s about naming an unjust system and refusing to participate in it. The stubbornness of Israel’s leaders in wanting to hold onto and settling land that is not theirs can only lead to tragedy for both peoples. For the sake of them both as God’s cherished, the strong witness of the two overtures is the only peaceful route left in the cause of justice and ultimate reconciliation. My prayers today are with the members of the General Assembly and with all the peoples of the Holy Land in Israel and Palestine.

By Desmond Tutu, from The Forgiveness Project
March 2010

To forgive is not just to be altruistic. It is the best form of self-interest. It is also a process that does not exclude hatred and anger. These emotions are all part of being human. You should never hate yourself for hating others who do terrible things: the depth of your love is shown by the extent of your anger.

But the process of forgiveness also requires acknowledgement on the part of the perpetrator that they have committed an offence. I don’t like to talk about my own personal experience of forgiveness, although some of the things people have tried to do to my family are close to what I’d consider unforgivable. I don’t talk about these things because I have witnessed so many incredible people who, despite experiencing atrocity and tragedy, have come to a point in their lives where they are able to forgive. Take the Craddock Four, for example. The police ambushed their car, killed them in the most gruesome manner, set their car alight. When, at a TRC hearing, the teenage daughter of one of the victims was asked: would you be able to forgive the people who did this to you and your family? She answered, “We would like to forgive, but we would just like to know who to forgive.” How fantastic to see this young girl, still human despite all efforts to dehumanise her.

Desmond Tutu, born 1931, is the former Secretary General, South African Council of Churches (S.A.C.C.) and Bishop of Johannesburg. He was awarded the Nobel Peace Prize in 1984. He became Chairman of the Truth and Reconciliation Commission when it was estabalished in 1995.

Amongst the published writing and speeches of Archbishop Desmond Tutu

from Encyclopaedia BritannicaTruth and Reconciliation Commission, South Africa (TRC),
courtlike body established by the new South African government in 1995 to help heal the country and bring about a reconciliation of its people by uncovering the truth about human rights violations that had occurred during the period of apartheid. Its emphasis was on gathering evidence and uncovering information—from both victims and perpetrators—and not on prosecuting individuals for past crimes, which is how the commission mainly differed from the Nürnberg trials that prosecuted Nazis after World War II. The commission released the first five volumes of its final report on Oct. 29, 1998, and the remaining two volumes of the report on March 21, 2003.

Establishment and mandate of the commission
The Truth and Reconciliation Commission (TRC) was born of a spirit of public participation, as the new government solicited the opinions of South Africans and the international community regarding the issue of granting amnesty as well as the issue of accountability in respect to past violations and reparations for victims. Civil society, including human rights lawyers, the religious community, and victims, formed a coalition of more than 50 organizations that participated in a public dialogue on the merits of a truth commission. This consultative process lasted a year and culminated in the legislation, the Promotion of National Unity and Reconciliation Act 34 of 1995 (the Act), that established the TRC.

The Act provided for the establishment of a TRC made up of 17 commissioners. The commission was tasked with investigating human rights abuses committed from 1960 to 1994, including the circumstances, factors, and context of such violations; allowing victims the opportunity to tell their story; granting amnesty; constructing an impartial historical record of the past; and drafting a reparations policy. Finally, the TRC would compile a final report, providing comprehensive accounts of the activities and findings of the commission together with recommendations of measures to prevent future violations of human rights.

In order to achieve these objectives, the Act established three committees: the Human Rights Violations Committee, the Reparations and Rehabilitation Committee, and the Amnesty Committee. The commissioners were selected through an open countrywide nomination process and publicly interviewed by an independent selection panel comprising representatives of all the political parties, civil society, and the religious bodies in the country. Nelson Mandela, then president of South Africa, appointed Archbishop Desmond Tutu as the chair of the commission and Alex Boraine as the deputy chair.

The primary focus of the commission was on victims. It received more than 22,000 statements from victims and held public hearings at which victims gave testimony about gross violations of human rights, defined in the Act as torture, killings, disappearances and abductions, and severe ill treatment suffered at the hands of the apartheid state. Those who had suffered violations at the hands of the liberation movements—by members and leaders of such groups as the African National Congress, the Inkatha Freedom Party, and the Pan-Africanist Congress—also appeared before the commission. The commission received more than 7,000 amnesty applications, held more than 2,500 amnesty hearings, and granted 1,500 amnesties for thousands of crimes committed during the apartheid years.

An important feature of the TRC was its openness and transparency. The public hearings held by the TRC ensured that South Africans became aware of the atrocities that had been committed during the apartheid years…..