The European companies that support the occupation

Screenshot of Israeli police force protecting the JCB machine that demolished a Palestinian community centre and a playground in Silwan, E. Jerusalem on 13 February 2012

I. Providing products and services that facilitate the existence of illegal settlements 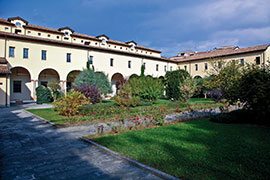 Above L, the Italian ‘stop that train’ movement;R, the luxurious HQ of Pizzarotti. From the BDS movement: The Italian Coalition Stop That Train celebrates the news that the City Council of Naples, Italy has approved a motion condemning Pizzarotti for its involvement in a project in blatant violation of international law, the Israeli high-speed train cutting through the occupied Palestinian territories. The decision of the Naples City Council, which follows that of Rho (Milan) on November 30, 2011, is a strong sign for responsible action by local authorities, in this case one of Italy’s largest cities, 15 February 2012.

Stop That Train congratulates the Committee “For a Pizzarotti-Free Naples!” for the work done to mobilize citizens in support of the Campaign and in establishing dialog with the local administration in order to encourage it to take a stand on the issue.

In re-launching the press release from Naples, we call on all local administrations to endorse the “Pizzarotti-Free Cities” campaign and pass similar resolutions against Pizzarotti, until it ceases involvement in projects in violation of international law.

British security company G4S provides security services and equipment to Israeli checkpoints, Israel’s illegal separation wall and private businesses in illegal Israeli settlements, including in East Jerusalem. The company also helps Israel to operate prisons at which Palestinians, including children, are held without trial and subjected to torture.2

The Swedish Volvo Group and British firm JCB supply bulldozers and earth moving vehicles to Israel that are used by the Israeli government to demolish Palestinian homes, including in East Jerusalem.3

A subsidiary of Irish company CRH provides cement to Israel used in the construction of Israel’s illegal separation wall.4

Italian company Pizzarotti and Swedish firm Atlas Copco are both involved in the construction of the illegal Israeli A1 rail project, which passes through occupied Palestinian territory and is causing displacement of Palestinians.5

Many Israeli exporters, including Mehadrin, SodaStream and Ahava have been proven to routinely mislead retailers and consumers about the true origin of goods manufactured in illegal Israeli settlements, making it difficult for retailers to avoid selling settlement produce without cutting ties with certain Israeli exporters altogether and making accurate labeling of Israeli products unworkable.6

2.The duty of states to prevent businesses contributing to violations of international law and human rights

According to international law as applied in the 2004 International Court of Justice advisory opinion on Israel’s wall and settlements, third party states are violating their own obligations to not recognize nor render aid or assistance to these serious Israeli violations by allowing financial and economic activity with the settlements to continue.9

Palestinian human rights organization Al Haq has published a legal analysis arguing that states are legally obliged to end trade with companies operating in illegal Israeli settlements. Al Haq argue that by allowing settlement trade, states “implicitly recognise as legal a situation arising from a breach of peremptory norms of international law and thus violate their duty of non- recognition” and that “in addition, by engaging in the trade of settlement produce, States are failing to comply with their obligation to actively cooperate in order to put the Israeli settlement enterprise to an end”.10 An academic study published in the major peer-reviewed Journal of International Humanitarian Legal Studies recently reaffirmed and expanded upon this analysis.

The UN Guiding Principles on Business and Human Rights, supported by the EU and adopted by the UN Human Rights Council, explain that states must ensure businesses respect human rights and international humanitarian law. The Guiding Principles urge states to provide information to help businesses avoid contributing to human rights abuses arising from conflict and to provide “adequate assistance to business enterprises to assess and address the heightened risks of abuses” in conflict areas. The Principles also urge states to withdraw support and not procure services from companies that persistently violate human rights.11

The 2012 EU Heads of Mission report urged the EU and member states to “prevent, discourage and raise awareness about problematic implications of financial transactions, including foreign direct investments, from within the EU in support of settlement activities, infrastructure and services”.12

Campaigners protesting outside the Leeds Civic hall during the full council meeting on 6th April to get Veolia excluded from council contract.

In September 2012, the UN General Assembly adopted a report on corporate complicity related to the illegal Israeli settlements by Richard Falk, the UN Special Rapporteur on the situation of human rights in the Palestinian territories occupied since 1967. The report urges states to take steps to hold businesses accountable for their participation in Israeli violations of international law and to take steps to end business involvement in illegal Israeli settlements.13

Below: Ariel college as an unassuming outpost on the West Bank; the well-funded Ariel University as recognised by the Israeli government – but few others.

In March 2013, UN Human Rights Council adopted the report of the Independent Fact Finding Mission on the Israeli settlements. The Fact Finding Mission affirmed that involvement in settlement activities falls under the jurisdiction of the ICC and may result in criminal responsibility. Concluding that businesses have “enabled, facilitated and profited from the construction and growth of the settlements,” the Mission urges states to take “appropriate measures” to prevent businesses contributing to human rights abuses related to the illegal Israeli settlements.15

While the recent guidelines prohibiting public EU funds from being allocated to projects and entities in illegal Israeli settlements should be welcomed and implemented fully, these guidelines are being severely undermined by the large scale of economic relations between European businesses.

In general, European governments are not taking sufficient steps to prevent risks and problems associated with financial and economic engagement in illegal Israeli settlement activities in the occupied Palestinian territory. There are however some examples of good practice:

The Dutch government recently intervened to discourage engineering firm Royal Haskoning DHV from participating in a sewage treatment project with the Israeli municipality in occupied East Jerusalem. The company heeded the Dutch government’s advice and withdrew from the project.16

In February 2011, the German transport minister wrote to Deutsche Bahn to express opposition to its involvement in an Israeli train project that cuts through the occupied West Bank. Deutche Bahn ended its involvement in the project shortly after.17

In March 2013, German foreign ministry officials directly informed representatives from a Palestinian civil society organisation that the German government had issued guidance to all German universities discouraging them from having any relations with Ariel University, a colony-college built in the settlement of Ariel in the occupied Palestinian territory.

In order to meet their legal obligations and commitment to the implementation of the UN Guiding Principles on Businesses and Human Rights and ensure that businesses do not undermine EU policy on Israeli settlements, the European Union and its member states should proactively advise businesses to:

Avoid involvement or investment in the provision of infrastructure products and services to illegal Israeli settlements such as transport, waste and environmental services, given that such projects violate international law

End all investment in companies, projects and businesses operating inside illegal Israeli settlements, including by divesting existing investments

In addition, the European Union should:

Conduct a Human Rights Impact Assessment of its trade agreements with Israel, given that companies operating in illegal Israeli settlements are able to export produce to Europe using procedures put in place by these agreements.

Encourage its member states to withdraw state support from and not procure services from companies that refuse to address their contribution to human rights violations.

The European Coordination of Committees and Associations for Palestine (ECCP) was founded in 1986 as a network of European committees, organizations, NGOs and international solidarity movements, dedicated to the struggle of the Palestinian people for freedom and justice. ECCP is based in Brussels and has a legal status as a non-profit organization under Belgian law.

The right of the Palestinian people to self-determination as enshrined in international law and relevant UN resolutions.

An end to the 1967 occupation of all Arab lands, particularly the occupation of the West Bank, including East Jerusalem, and Gaza, and its associated regime.

Tools To Achieve These Objectives:

Realization and coordination of joint actions/campaigns

Promotion of the BDS Campaign and its objectives as laid out in the 2005 BDS Call
Advocacy in support of Palestinian prisoners
Support for the Russell Tribunal onPalestine
Pressure on European States and EU Institutions to:
Respect international law and the fundamental rights of the Palestinian people
Take effective action to ensure Israeli adherence to international law
Deny Israel any preferential status until it complies with international law
Organization of civil missions to Palestine

(b) The role of business enterprises as specialized organs of society performing specialized functions, required to comply with all applicable laws and to respect human rights;