News about Avri Gilad from Ha’aretz and +972, plus links etc at foot.

“Taking over the entire Negev by force”  – TV host’s view. The actual Bedouin township of Bir Hadaj in the Negev.  Photo by Eliyahu Hershkovitz

What’s so special about one Israeli TV personality’s racism?

Avri Gilad’s statement that Bedouin have taken over Israel’s Negev by force is overtly racist – but so are many of the state’s policies. Here are some facts on the Bedouin population in Israel.

“I came back from a tour of the Negev conducted by the Regavim organization. I’m appalled by what I’ve seen. There’s no more Negev. The Bedouin have taken it over completely. By force, by shameless criminal activity, with insolence met only by fear and submission, the Bedouin have taken over the entire Negev.” This past weekend, Israeli media personality Avri Gilad began a post on his new Facebook page with these words. Within a short time, the post got thousands of comments, many of them supportive, some opposed.

“Why didn’t you respond to him?” asked a Jewish friend who is sensitive to racism and who knows I’m an expert on the subject. “What should I be responding to?” I asked her. For years, the seedlings of racism and hatred have sprouted unhindered in Israeli society. For years, the state’s institutions have carried out a policy of discrimination and neglect against the Arab population inside Israel, while calling it “a demographic and security threat.” For years, incidents of incitement and racism have been going on in the Knesset, in rabbinical courts that call on Jews not to rent apartments to Arabs, and with humiliating security inspections that have become the lot of all Arab citizens simply because of their ethnic origin. What is unique about Avri Gilad’s racism that I’m supposed to respond to? 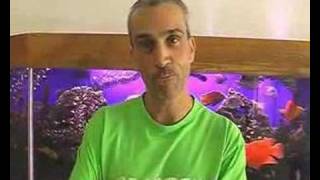 Avri Gilad, born Avraham Kwastler, graduated from being a talk-show host on IDF Radio to becoming one of the wealthiest TV personalities.

Well, for the sake of this friend of mine and people like her, who condemn racism and want to know the facts, here, briefly stated, are some of them:

What is known as “the Bedouin diaspora” is 35 unrecognized villages in the northern Negev in an area between Be’er Sheva, Yeruham, Arad and Dimona, which amount to roughly three percent of the Negev. The term “diaspora” serves well the image of the Bedouin as nomads, but the truth is that they stopped being nomadic as far back as the 18th century and most of the unrecognized villages have existed in their locations since before the establishment of the state. The other villages were created when the military administration transferred entire communities from their original dwelling place. Both populations are citizens of the state who live unconnected to the water system, get their electricity from generators instead of from the grid, and earn a subsistence living from basic farming.

It’s not only shepherds or farmers who live in the unrecognized villages. Doctors, lawyers and teachers live there too. They also want quality of life. They also want to feel they are citizens with equal rights. And they know very well what is happening around them. They see how many communities the Jews have established around them, with admissions committees to make sure that no Arab will ever be able to live there. They know that the few farms that prosper, with their cheese and wine and eco-tourism, exist only because the Israel Lands Administration prefers to give out land for free as long as the recipients are Jews. They know that the unrecognized Bedouin villages are several times more crowded than the Jewish communities, and yet the government prefers to establish new Jewish communities rather than recognize the existing Bedouin ones.

After decades of discrimination and neglect, the Bedouin community is ready for change. It is better educated, and it is much more willing to participate in civil discourse and constructive dialogue with the authorities and with Israeli society as a whole. A government policy whose entire purpose is to reduce the Bedouin community’s living space while cutting off its livelihood will result only in poverty, frustration and alienation. The Negev cannot be developed on the ruins of the villages. It can happen only when the Bedouins are full partners in it.

The writer, an attorney, is the director of the Rights of the Negev Bedouin Project at the Association for Civil Rights in Israel.

Israeli radio host: ‘Islam is most terrible disease in the world’

1. My tax shekels pay too many idiots

I read a column today by Ofer Shelach [Heb], who writes for the daily Ma’ariv, and pounded my desk rather hard. Shelach was angry, rightfully so, for the words spewed by Army Radio talk-show host Avri Gilad on his morning show with Jacky Levi, called “The Last Word.” Unfortunately, they won’t be his last words on that show (no, I’m not calling for his death, for Christ’s sake). Shelach brings an excerpt:

Levy said that the fact that Israel is a special case does not exempt it from considering the tragedy of others, and “demands us to check how much available space we have.” And this is what Gilad said in response, which I have shortened but kept things in context still:

It’s true we have to check how much available space we have, but let us not forget that those knocking on our doors belong to Islam, and Islam today is the most terrible disease raging around the world. It poisons its believers and poisons every place it reaches. The people that come here, especially the South Sudanese, are very moderate people, the real beautiful face of Islam… the problem is that when you carry the virus, you don’t know when it will explode inside you…. every Muslim who enters here might become the flag carrier of the global Islam…. and therefore we must take care of our lives.”
Among many other stupid things, I pay for this crap with my taxes.

From the Negev Foundation, ‘Insuring Israel’s future through the Negev’.

Blueprint Negev
From Jewish National Fund website
JNF’s major initative to reviatlize Israel’s southern region is called Blueprint Negev. The Negev Desert represents 60% of Israel’s landmass but is home to just 8% of the population. Blueprint Negev is a multifaceted, internationally recognized campaign to improve quality of life for all residents of the region and encourage a population shift away from crowded, expensive central Israel.

The key sentence for our work in the Negev is “to bring the State back to the Negev”. We believe that sovereignty is not a theoretical matter and if it is not enforced – it doesn’t exist.

Consequently, we believe that the key to changing the situation in the Negev and to solving the conflict with the Bedouin population lies in restoring sovereignty and the rule of law to the Negev – not only in terms of planning and construction but also in aspects such as taxation, licensing, traffic, crime, and other areas.

In the past year we have taken action to introduce changes into the government plan for regulating Bedouin settlement in the Negev (the Prawer Plan”), and thank G-d we have had considerable success. Now we are at the height of a battle over a new bill for proposed legislation that will determine government policy for the coming years.

Along with our activity regarding the government agenda, we have continued to monitor illegal building, to attack it legally and file suits against it in the courts and to lead trips of VIPs to study the situation and become familiar with the issue in depth.

Regavim newsletter, November 13, 2012
For over 16 years, AFSI (Americans for a Safe Israel) has led semi-annual Chizuk (strength) missions to Israel concentrating on the threatened areas of the country. Last week the 30 plus people on the November mission, led by Helen Freedman, wanted to understand better what was going on in the Negev. I was priviledged to be able to present to the group at the Leonardo hotel in Beersheva Thursday evening and then take them for a tour of the Northern Negev.

Our first stop after leaving Beersheva was Al Zarnog, there participants saw a Bedouin village built illegally on private Jewish land. Once we entered the village, not only did the participants see the village close up but they understood that the government had aslo built a school and clinic on this private land, in effect condoning such illegal behaviour. They heard of Regavim’s efforts in the Beershava courts to have justice served for the Jewish owners of the land.

The trip then continued on the road to Arad where literally throughout the whole journey, illegal village after illegal village were seen on both sides of the road. Heading North we skirted around the Nevatim Airforce base where again the participants were suprised to see illegal Bedouin homes built right up to the base fence.

We continued to Al-Sayyid a town which is one of the 10 towns that make up the Abu Basma regional council. In Al-Sayyid we headed off the main road and saw not the small modest homes seen from the main road but massive, fancy homes no one expected to see. There the participants also heard of the efforts of Regavim to ensure the law is enforced and examples of illegal building and efforts to make irrelevant town plans where witnessed.

From there we headed to Hura, one of the 7 Bedouin cities established by the State of Israel in the 70’s & 80’s. After seeing the large new Mosques being built, not in the traditional Bedouin style, the discussion turned to the Islamification occuring within the Bedouin community and the image of the Dome of the Rock above all new houses being built there as a sign of this radicalization.

The last stop was Lakia. Another of the 7 Bedouin cities, however here the Al-Sana clan (yes MK Taled Al-Sana’s family) still will not relinquish their land claims, even though the court ruled them invalid and the Al Sana clan signed over these claims to Israel for which they received large compensation. As such a town that was built for 35,000 people has 7,000 residents (all from the Al-Sana clan).

The response of the participants was incredible and I reassured them that, due to Regavim’s efforts we are starting to see the Government, law courts and law enforcement dealing more effectively with their responsibilities.

Regavim is happy to conduct private or group tours to any and all places in Israel to expose the challenges Israel faces, the scope of the problem and proposed solutions.

Who lives in Negev/al-Naqab?
From Wikipedia

Today, the Negev is home to many of the Israel Defense Forces major bases. As of 2010 the Negev was home to some 630,000 people (or 8.2% of Israel’s population), even though it comprises over 55% of the country’s landmass. 470,000 Negev residents or 75% of the population of the Negev are Jews while 160,000 or 25% are Bedouin.[14] Of the Bedouin population, half live in unrecognized villages, and half live in towns built for them by the government between the 1960s and 1980s; the largest of these is Rahat.