Resistance or capitalist development for Palestine? 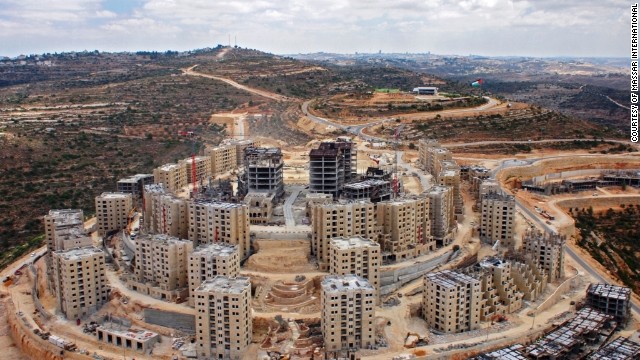 Rawabi under construction. The planners fear that Israel, which has not yet given permission for roads to be built, can easily block the one road currently leading to the new city – suggesting the Israeli state is indifferent towards whether Palestinians move towards independence the capitalist + normal family life way or by stone-throwing and resistance.

Rawabi: A Planned Palestinian City for the West Bank

BASHAR MASRI: Palestinians tell me that the hair on their arm stands when they see the flag coming from the bottom and they see it on top of the hill.

MARTIN FLETCHER: You can hardly miss it – a thousand feet of Palestinian pride.

Among the dry West Bank hills about 20 miles from Jerusalem…

Bashar Masri is fed up waiting for the politicians to build a Palestinian state.

So this 52-year-old Palestinian-American businessman is building the first planned Palestinian city.

And I know most of my people are in a hurry. We would love to see a great nation for our kids and grandchildren, but we also want to see it for ourselves.

Masri has raised a billion dollars to fund the biggest private investment in Palestinian history. That’s- that’s one big gamble for you.

It is a large gamble, definitely. However, if we the Palestinians don’t take risks then who’s going to do that and our nation will never be built.

The message: get on with it. 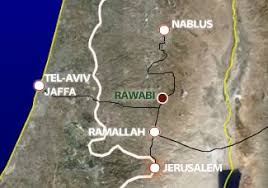 It’s all political symbolism. This is a Palestinian family, holding hands, united to protect the flag.

It symbolizes their future. And it’s everywhere – on trucks, cranes. Sending a message to the world…. And the Jewish settlement of Ateret, about a quarter mile across the valley, on land the Palestinians call their own. The settlers here have mixed feelings about their new neighbors.

AVIGAIL DAMRI (Jewish settler, Ateret): I hope they’ll have this good city and they’ll be- they’ll live happily, so maybe they won’t be so anti- and so angry. And maybe they’ll also live in peace with us. That’s what I hope for and I pray for. But I think that we also- also should like live here without any fear.

Rawabi sits in “areas a and b” of the West Bank – land fully or partially under Palestinian control. It is surrounded by “area c” – land fully controlled by Israel… where many of the resources come from, like water. At the moment, you’re expecting people to move in maybe early next year. When they turn the tap on in their apartment will there be water?

We’re working hard to make sure they have water. If we do not, that will delay the project obviously.

In times of trouble, Israel could close it with a handful of soldiers. No road in, or out.

The road issue is a big problem. We have a number of outstanding issues.

The sales video makes Rawabi look fabulous but so far it’s just a shell. They need to attract industry, shopkeepers, build schools, create five thousand jobs. You’d think the PA, the Palestinian authority, which administers matters in the west bank, would back such an ambitious venture. But not exactly. Masri carefully chooses his words.

Are they supporting financially or morally or what?

Mostly, 99.9 percent morally. Hardly financially. So we’re building the public schools, we’re putting the wastewater treatment plant, the water reservoir, the access road to the city, which we did not anticipate on when we started the project.

You expected the Palestinian Authority to do it and to pay for it?

Absolutely. That is the right thing.

Some Palestinians like parliament member Mustafa Barghouti* think that telling Rawabi only as a success story obscures what he says is the larger Palestinian story of occupation and oppression.

MUSTAFA BARGHOUTI (Palestinian Legislative Council): My worry is that there is a certain trend in certain media – encouraged of course mainly by Israel or those who are connected to Israel – mainly to show things are fine, things are okay. Palestinians are normalizing and accepting the system of occupation. And they even have a new city. That’s not, that’s not true. This is not the real story.

Unemployment in the Palestinian territories is more than 20%. Government salaries rarely paid on time, or in full. Yet in Ramallah – the Palestinian seat of power about six miles from the new planned city- there’s this mall for the Palestinian middle class. Kentucky Fried Chicken. A well-stocked grocery store … and TV on a loop saying – buy in Rawabi, the city of the future.

MAHER ABU MADI: This is our first time in this…we bought it without even seeing it.

Maher and Abeer Abu Madi were introduced to us by Rawabi staff. They will live here with their seven children. Their 3000-square foot apartment cost about $170,000 — expensive by local standards.

He is a professor, she has a master’s degree and raises their children at home. For them, Rawabi is more than just a town.

And you’re giving them, you’re fulfilling that dream.

ABEER ABU MADI: I hope so.

MAHER ABU MADI: It’s also to show the world that Palestinians are not only about conflict with Israel. It’s not about intifada and throwing stones and terrorism. It’s not like that. It’s also that we have our kids. We are educated. We have a future and we aim to have our independent state. 1301 our struggle existence in this land is through such projects.”

And that’s exactly what Masri thinks, too.