Reports from Ma’an news and the EU.

RAMALLAH– EU representatives condemned Israel’s failure to meet its obligations to Palestinians in Area C during a meeting with the Palestinian Prime Minister on Tuesday.

The remarks came following Rami Hamdallah’s signing of an agreement with the EU for €3.5 million ($3.83 million) to support Palestinian communities in Area C in the occupied West Bank through the funding of infrastructure projects.

Hamdallah signed the agreement after meeting with an EU delegation to discuss recent political developments and the government’s plans regarding the reconstruction of the Gaza Strip and supporting Jerusalem, in addition to supporting Palestinians in Area C.

International donors regularly contribute to land development and infrastructure across Area C, which makes up 61 percent of the occupied West Bank and is under full military and administrative control by Israel.

With very little piped fresh water, Palestinians in Area C rely on water tanks – here filling up in Jericho – in the dry season.  On average, West Bank Palestinians have access to about 70 litres of water a day per person – some have as little as 15 litres; inside the Green Line, communities use about 300 litres per person per day. Photo by Courtesy of EWASH

While the Israeli Civil Administration is responsible for developing infrastructure in the area, any development often only supports Israeli settlers illegally living in the area, while efforts to develop existing Palestinian communities are thwarted.

Meanwhile, not very far away in the illegal settlement of Ariel (above) there’s enough fresh water for swimming pools and irrigation of lawns and crops.

EU signer of the funding agreement Michael Kohler stressed the serious limitations faced by the Palestinian Authority in promoting social and economic development of Palestinian communities, while EU representative John Gatt-Rutter emphasized that Area C is an integral part of the occupied Palestinian territory, comprised of crucial natural resources and land for a viable Palestinian State. 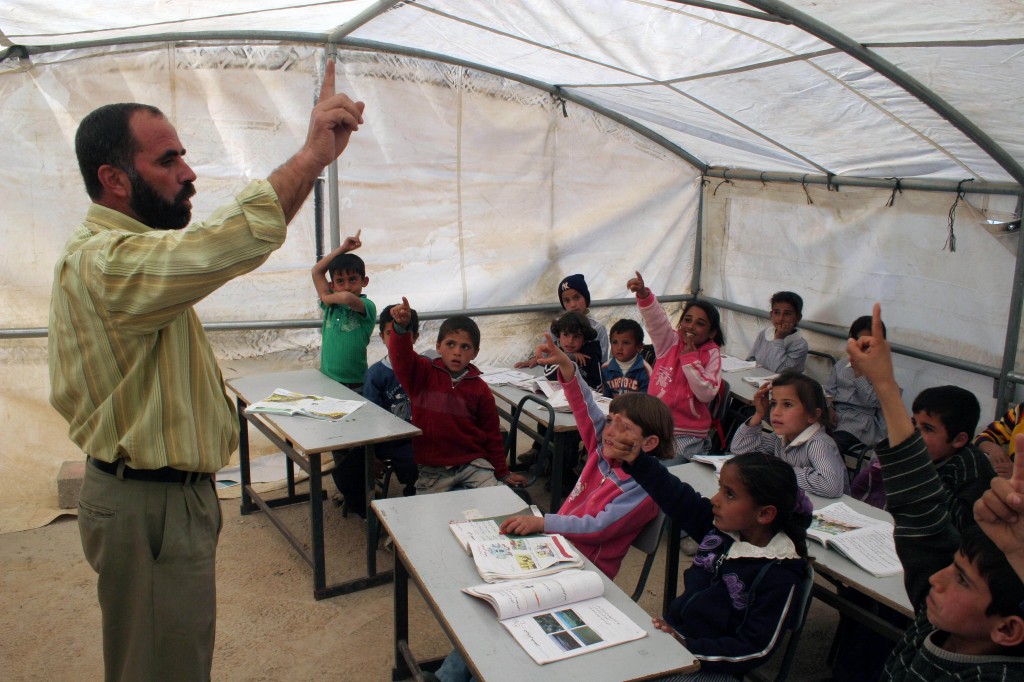 This is a primary school near the West Bank city of Hebron, January 2010. Photo by Najeh Hashlamoun/Flash 90

“Without this area, the two state solution — that we have invested in for years — will be impossible,” Gatt-Rutter said at the signing.

“We call again upon Israel to meet its obligations regarding the living conditions of the Palestinian population in Area C, including by accelerated approval of Palestinian master plans, halting forced transfer of population and demolition of Palestinian housing and infrastructure, simplifying administrative procedures to obtain building permits, ensuring access to water and addressing humanitarian needs.” 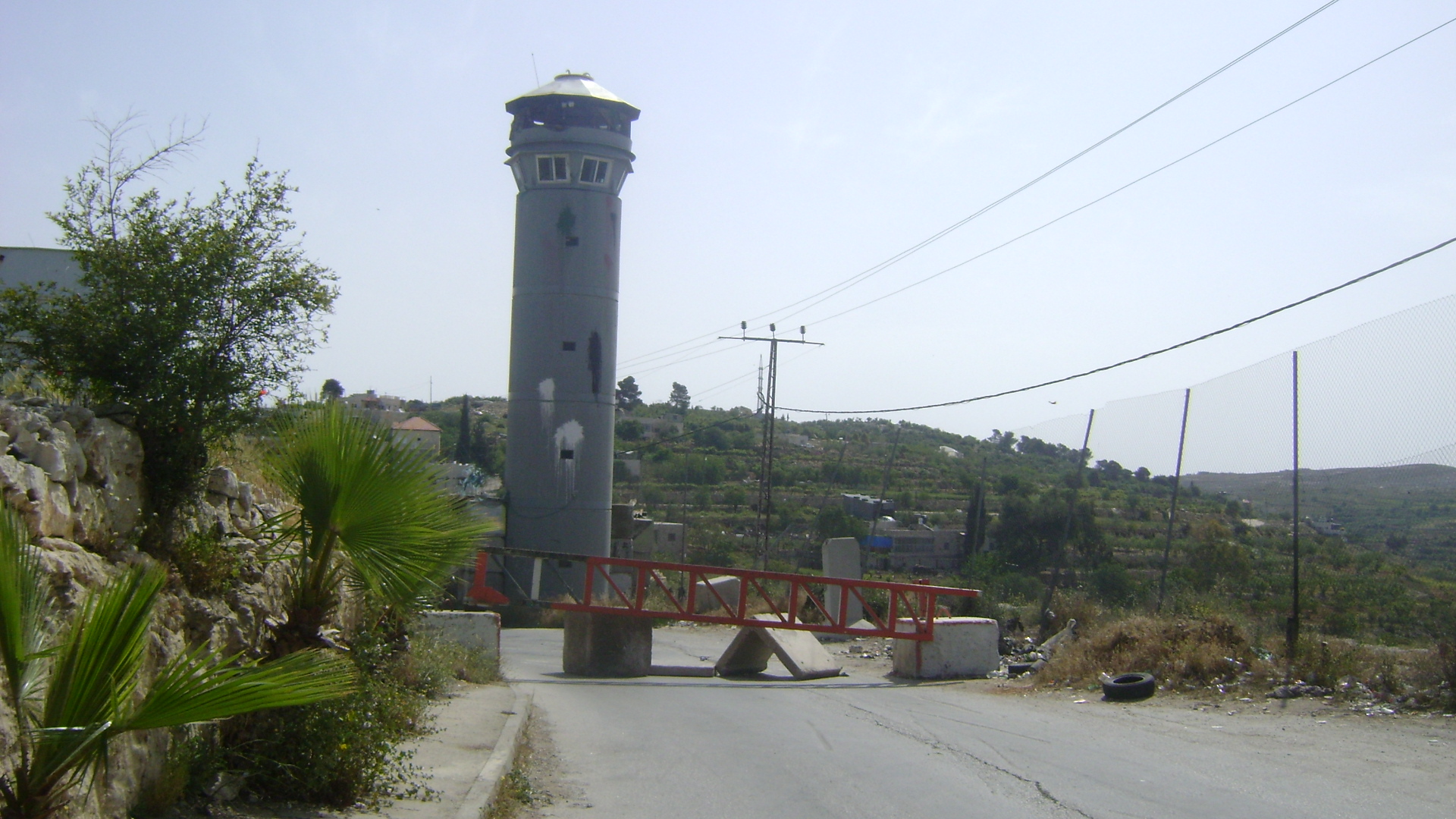 Many Palestinian roads, like this one leading into Beit Omar, are in a poor state of repair. Which hardly matters when they are so often blocked by the IDF to stop Palestinians moving around. Photo from PSP.
3.5 million Euros from the European Union to fund infrastructure projects in Area C

The Palestinian Prime Minister Rami Hamdallah and the Director for South Neighbourhood at the European Commission Michael Köhler together with the EU Representative John Gatt-Rutter signed today in Ramallah a new financing agreement of €3.5 million to support Palestinians access to essential social and public infrastructure in Area C of the West Bank. This programme will be implemented by the Municipal Development and Lending Foundation (MDLF) and will benefit Palestinian communities across Area C in the West Bank.

Israeli authorities destroy a water reservoir used by Palestinian farmers in Hebron as they aim to curb the theft of water from the Israeli settlement of Sosia. Israel claims 90 per cent of the West Bank’s water resources. Photo by Abed Al Hashlamoun / EPA

Speaking at the event, the Director for South Neighbourhood at the European Commission Michael Köhler said: “As we sign this new agreement, the European Union ensures the Palestinian people of its solid commitment to support the Palestinian government in various sectors toward building a future Palestinian state. Through this funding we are targeting Area C where the Palestinian Authority is facing serious limitations in promoting social and economic development of Palestinian communities there. We are aware that our support to Area C is relatively small, but it is just a beginning. More funds will be dedicated to it in the future. And we also hope, and have reasons to be optimistic in this regard, that more EU Member States will follow our approach.”

From his side, the European Union Representative John Gatt-Rutter added: “Area C remains an integral part of the occupied Palestinian territory and compromises crucial natural resources and land for a viable Palestinian State. Without this area, the two state solution –that we have invested in for years- will be impossible. We call again upon Israel to meet its obligations regarding the living conditions of the Palestinian population in Area C, including by accelerated approval of Palestinian master plans, halting forced transfer of population and demolition of Palestinian housing and infrastructure, simplifying administrative procedures to obtain building permits, ensuring access to water and addressing humanitarian needs. Meanwhile we will continue to provide financial assistance for Palestinian development in Area C and expect such investment to be protected for future use. This support will be led by the Palestinian Authority as it continues its efforts to bring better services for the Palestinian population there and enhance socio-economic development. ”

The EU has been supporting 36 communities in Area C in their planning exercise and this programme foresees the construction of small-scale infrastructure projects in some of those communities with a total budget of €3,5 million. The programme will be implemented by the Municipal Development and Lending Fund (MDLF).

All infrastructure projects will be located within the boundaries of outline plans that were developed by the Palestinian communities in Area C and submitted to the Israeli Civil Administration (ICA). The selection of the infrastructural projects is based on the action plans and priority lists developed by the communities and is done jointly by the EU and the Palestinian Ministry of Local Governance (MoLG)