‘If we die, we die together.’ That’s what I say to comfort my kids in Gaza

JFJFP
Tags: ceasefire, darkness, electricity, Gaza blockade . Islamic Jihad, hamas, harming civilians, running water, suffering children
Israel bombed a tower meters from our home. My kids are paralyzed by fear. They say the war is against Islamic Jihad, but it is civilians who are harmed.

The following was recorded over a phone call on August 7, 2022, a few hours before a ceasefire between Israel and Islamic Jihad was announced to halt the latest armed escalations. A version was first published in Hebrew on “We Beyond the Fence,” and has been edited for clarity.

I’m speaking to you now with my three children here with me. I have put everyone into the same room in our home, where we will all sleep, so that if they bomb us at night, we’ll be together. So that if we die, we’ll die together. That’s how I explain it to the young ones; it’s how I comfort them, and how they comfort me.

They are very scared. Of course they are. The Palestine Tower, which was bombed by Israel on Friday, is just a few meters away from our home. My children literally cannot stand up because of the fear. My eldest, who is 10 years old, is in such pain that it paralyzes his leg. My middle child is six, my youngest is just four months.

Everyone I meet in Gaza wants a ceasefire. They yearn for it. The situation is truly difficult. We’re finished. Every person I speak to is under terrible distress, wishing that the war does not persist.

The street outside is terribly dark now. You can’t see anything. For two days, there’s been no electricity in Gaza. Everything has collapsed because the Israeli army is preventing the entry of fuel. Before the war, the electricity came on for six hours a day, sometimes eight. Now there’s nothing at all. It came on for one hour overnight, but we missed it. My phone battery will die in a moment. I’ll speak fast. 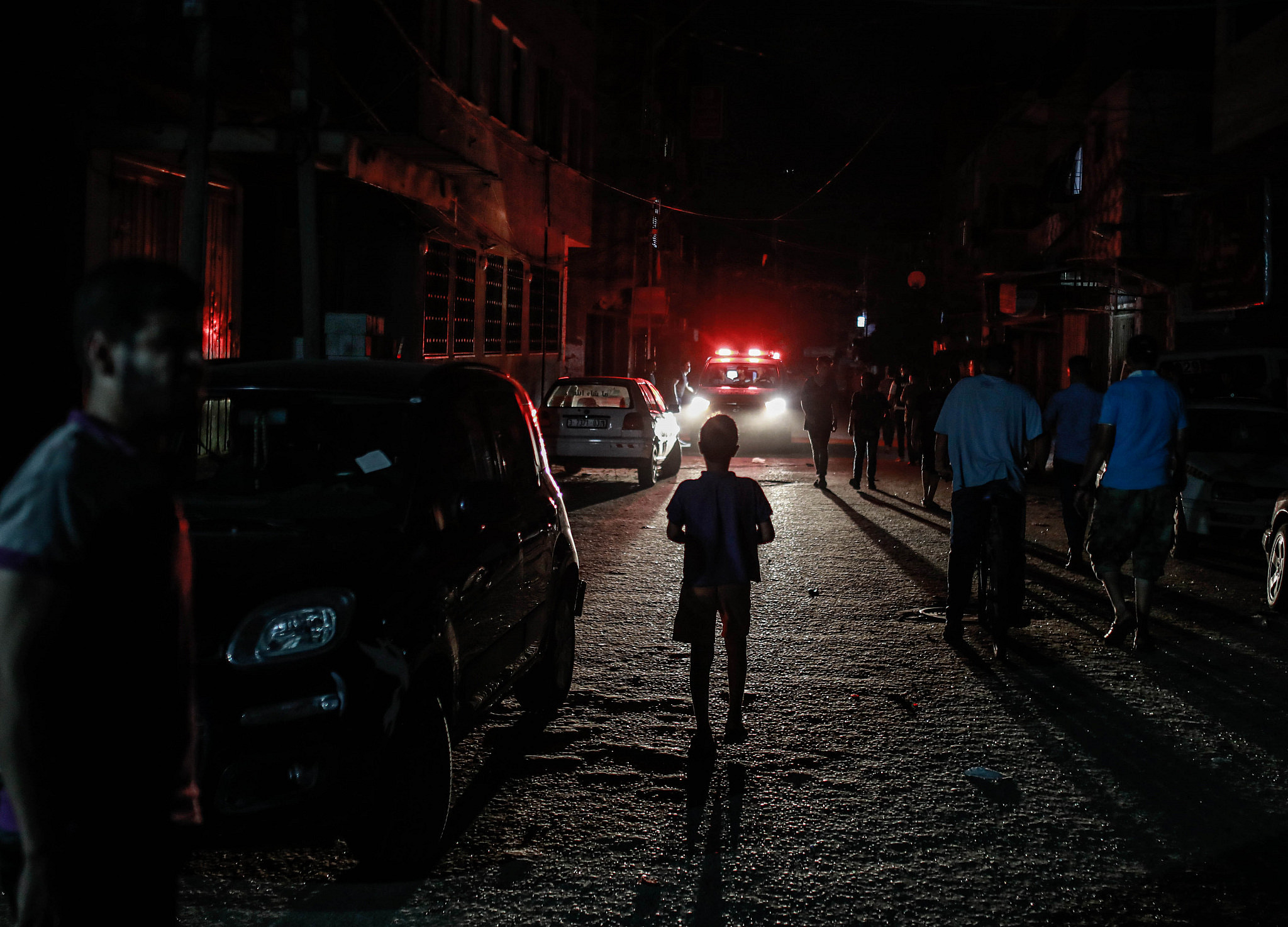 It’s terribly hot today without electricity to power the fans, but I’m scared to go outside into the fresh air. And without electricity, there’s also no running water in the sink nor in the toilet at home. I’ve had to put a bucket in the bathroom instead.