‘How do they expect my children to grow up and not be full of hatred?’

JFJFP
Tags: home demolitions, Jerusalem, Sheikh Jarrah
Lital Salhiyeh, whose family home in Sheikh Jarrah was demolished on Wednesday morning, has no idea where she and her family will go now.

The remains of the Salhiyeh family home that was demolished by Israeli authorities, in the East Jerusalem neighborhood of Sheikh Jarrah, January 19, 2022

This article was published in partnership with Local Call.

Israeli security forces demolished the home of the Salhiyeh family and forcibly expelled its residents in the East Jerusalem neighborhood of Sheikh Jarrah during the early hours of the morning on Wednesday.

Following the expulsion, bulldozers entered and destroyed the family home, where Lital Salhiyeh, her husband Mahmoud, their four children, and Mahmoud’s mother lived. The remains of the home and the family’s belongings, which included photo albums and children’s backpacks, laid strewn out in the rubble.

“All of a sudden we heard booms. I jumped out of bed and turned on the light — but there was no electricity in the house,” Lital told me following the demolition. “I lifted my head, and all I saw around me was hundreds of lights from helmets. It was a terrifying sight.”

Lital, an Israeli Jew who is originally from Rishon LeZion, said she had gone to bed half an hour before police forces burst into her home. Once she heard the booms, she jumped out of bed and began to run. “I was looking for my little daughter Aya, who’s nine years old and was sleeping in the other room with her aunt. I wanted to get to her. A policeman caught me and said, ‘What are you doing?’” 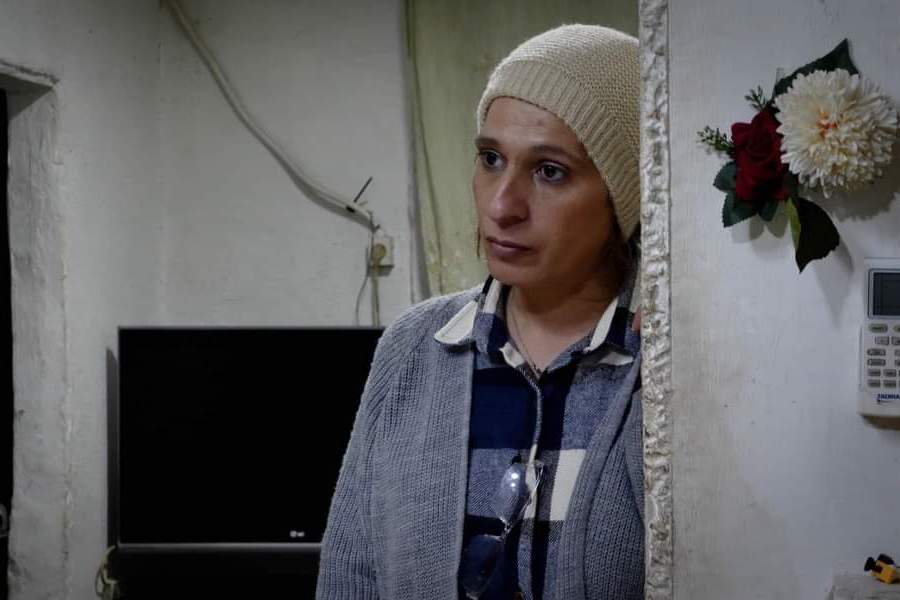 Lital Salhiyeh in the Salhiyeh family home, weeks before it was demolished by Israeli forces. (Rachel Shor)

“Now Aya is with me. It’s me and her in our pajamas. She is traumatized. She does not sleep at night. She is silent, doesn’t utter a word. All I care about right now is that my family comes out of detention — that’s it. I saw Mahmoud and my son Amir being arrested with my own eyes, but I know nothing about Adal and Nur. Nur is 16 years old.”

The Salhiyeh family had lived in Sheikh Jarrah ever since they were expelled from their family home in the Palestinian village of Ayn Karim (today Ein Kerem) in West Jerusalem, during the Nakba. In 1958, the family purchased a six dunam plot of land in the neighborhood. In 2017, the Jerusalem Municipality expropriated it for public purposes in order to establish a school and kindergarten. The family petitioned against the eviction, but the courts upheld the decision.