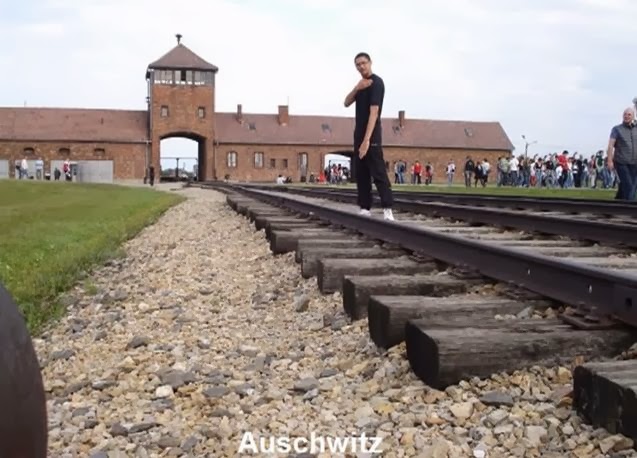 This photo, making the quenelle at the gates of Aushcwitz,  and the one below taken at the Wailing Wall,  from Antisemitism in Europe. No details provided.

West Brom sponsor Zoopla have decided to end their sponsorship of the club at the end of the season over Nicolas Anelka’s “quenelle” gesture.

Anelka, 34, made the sign, described as an inverted Nazi salute and declared by some to be anti-Semitic, after scoring against West Ham on 28 December 2013.

Zoopla, co-owned by Jewish businessman Alex Chesterman, will focus on other marketing activities.

The incident is being investigated by the Football Association.

West Brom asked the striker not to repeat the celebration and have since selected him in their win over Newcastle and defeat at Southampton.

The former Arsenal player defended his actions in the days following the incident, but as the FA’s verdict draws nearer, the club’s sponsor made its stance clear.

The property company said in a statement: “Zoopla has been reviewing its position over the past few weeks in light of the actions of striker, Nicolas Anelka, during the match against West Ham over the Christmas period.”

The agreement, which started in May 2012, was due to finish at the end of the season and Zoopla have decided not to renew.

The FA has brought in an “expert regarding the salient issues related to the gesture”, which Anelka made after scoring in a 3-3 draw at Upton Park.

There is a possibility he could be handed a lengthy ban should he be charged by the FA. 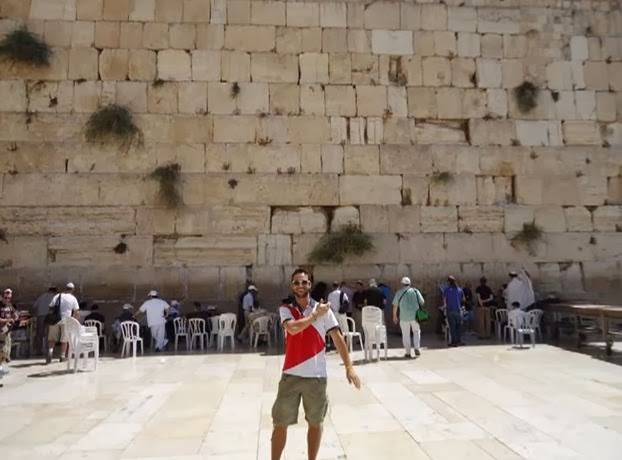 Making the quenelle in front of the wailing wall, Jerusalem

Anelka said he made the gesture in support of performer Dieudonne M’bala M’bala, whom the French government has tried to ban from making the sign at his shows.

His actions were branded “disgusting” by France’s sports minister.

“Of course, I am neither racist nor anti-Semitic and I fully assume my gesture,” Anelka tweeted the day after performing the controversial celebration. “The meaning of quenelle is anti-system. I do not know what religion has to do with this story.

“With regard to the ministers who give their own interpretations of my quenelle, they are the ones that create confusion and controversy without knowing what it really means. I ask people not to be duped by the media.”

West Brom host Everton in the Premier League on Monday.

Analysis
David Ornstein, BBC Sport“After Anelka’s celebration there was uproar in France in some sections of society and that spread to the UK. He immediately said he meant no offence by it and West Brom said they would take no action until the FA have investigated. Zoopla co-owner Alex Chesterman is Jewish and will have played a key role in the decision.”

West Bromwich Albion’s sponsor, Zoopla, has told the club to drop Nicolas Anelka over his quenelle gesture or risk their lucrative shirt deal being scrapped.

Meanwhile the club have called on the Football Association to bring a swift end to its investigation into the striker’s controversial goal celebration.

According to Marketing Week, the property and house prices website company has contacted West Brom to voice its dissatisfaction following Anelka’s actions, which some say carry antisemitic overtones.

Zoopla, owned by the Jewish businessman Alex Chesterman, said Anelka must be dropped for Monday’s Premier League home game against Everton and has told the club it will want its name removed from the team’s shirts immediately if he plays.

Zoopla is understood to have been left stunned by the decision to keep Anelka in the team while the FA investigation continues. The 34-year-old has featured in every league game since the gesture against West Ham in December, though West Brom have claimed they are powerless to act until the FA concludes its inquiry.

The FA has made no comment other than to state an independent expert is aiding its investigation and there would be no further update until 20 January at the earliest.

Immediately after the incident West Brom said in a statement that “Nicolas is eligible for matches whilst the FA carries out its investigation. Therefore, Nicolas will remain under consideration for first-team selection whilst the FA and club continue their enquiries.”

From West Brom’s perspective, the club are anxious to know whether Anelka will be charged with making an antisemitic gesture. If he is found guilty he could be banned for a minimum of five games under new anti-racism rules, ruling him out until March.

With the club having sold the striker Shane Long to Hull for a fee that could rise to £7m, the loss of Anelka would further weaken the new head coach Pepe Mel’s forward options and undermine West Brom’s struggle to stay in the top flight.

The club’s sporting and technical director, Richard Garlick, said: “There are investigations ongoing and, while they are, we won’t comment.”

Pressed on the matter, Garlick added: “People can speculate there is a turn of events where we might be two strikers down. It would help everyone for that investigation to be over as soon as possible and the FA have given their statement about how quickly they will do that.”

Nicolas Anelka on one of the many occasions he has made the quenelle gesture. The Zoopla logo has been conspicuous on all occasions.

Anelka has confirmed that by placing his left arm across his chest while keeping his right arm pointed downwards, he was recreating the quenelle but claimed it was a “special dedication to my comedian friend Dieudonné”.

Dieudonné M’Bala M’Bala, however, is well known in France for maintaining antisemitic views and for having come up with the gesture, which he first used in 2009, while standing in the European elections for an anti-Zionist party.

Two French soldiers doing a quick quenelle  in front of the synagogue Beth David  Street of Montevideo, in the sixteenth arrondissement in Paris. They were reprimanded by their commanding officer last September.

Nicolas Anelka has been charged by the Football Association over his controversial ‘quenelle’ goal celebration.

West Brom’s French striker is facing a minimum five-match ban under new FA rules after the gesture, which some say is an inverted Nazi salute and has anti-Semitic connotations.

Anelka has been charged with making a improper gesture and that it was an aggravated breach, in that it included “a reference to ethnic origin and/or race and/or religion or belief.”

Anelka, who has denied the goal celebration was intended to be anti-Semitic, made the quenelle salute after scoring in the 3-3 draw against West Ham on December 28.

“It is alleged that, in the 40th minute of the fixture, Anelka made a gesture which was abusive and/or indecent and/or insulting and/or improper, contrary to FA Rule E3[1].

“It is further alleged that this is an aggravated breach, as defined in FA Rule E3[2], in that it included a reference to ethnic origin and/or race and/or religion or belief.”

Anelka has until 6pm on Thursday to respond to the charge.

West Brom’s shirt sponsor Zoopla, an online property search engine, said on Monday it would not be renewing its deal at the end of the season because of the incident.

Anelka has agreed not to perform the salute again after the club accepted it had caused some offence but there has been no apology from the player.

He has insisted the quenelle was a gesture in support of his friend, the controversial French comedian Dieudonne M’Bala M’Bala, who has been prosecuted for anti-Semitism.

The FA brought in an expert to help decide on whether charges should be brought and has spent several weeks working on the case due to its sensitivity.

A three-man independent regulatory commission will now be appointed to deal with the case – either to decide on the sanction if Anelka admits the charge or to hold a disciplinary hearing if he denies it.

Football’s anti-discrimination group Kick It Out, which has expressed frustration over the length of time taken to decide on the case, called for a swift conclusion.

A statement said: “Kick It Out notes the Football Association’s announcement to bring a charge to West Bromwich Albion striker Nicolas Anelka.

“The FA has previously demonstrated its commitment to taking effective and swift action to deal with all forms of abusive conduct in football, and has spent a longer time than desirable in order to give careful consideration to the allegations made in this case.

“Kick It Out awaits Anelka’s response to the charge before making any further comment. The campaign hopes that this matter can now be quickly concluded.”