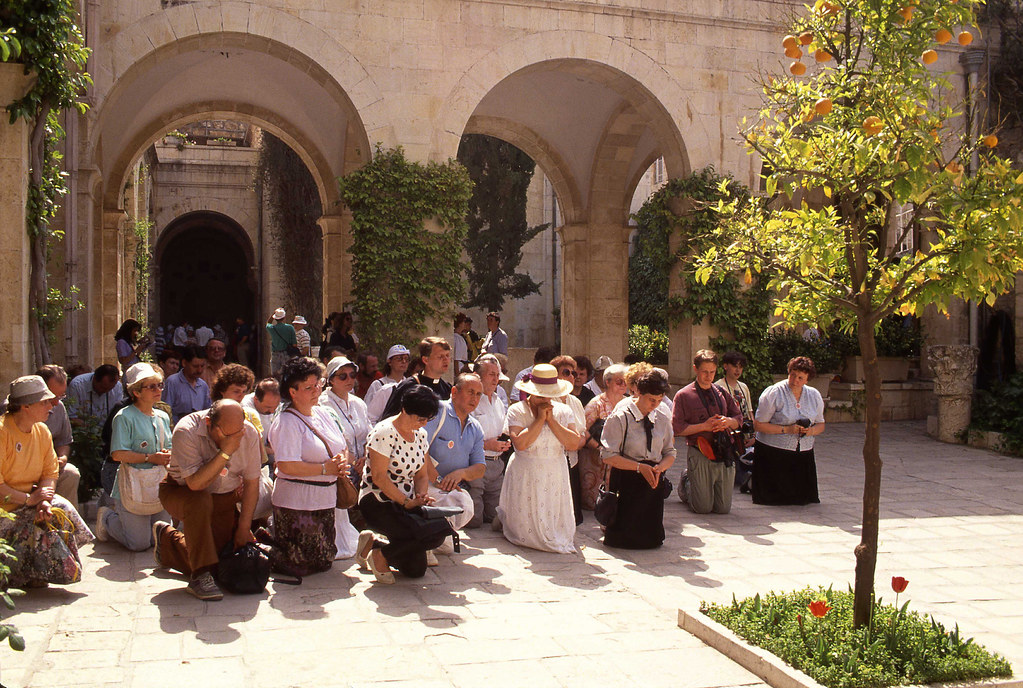 ‘Following in the footsteps of Christ’ have been popular tours for Americans in particular.

The failure of Brand Israel

More than a decade ago, the Israeli government launched a new strategy that it dubbed “Brand Israel”. This began in 2006 as an effort to improve Israel’s negative image overseas, “by downplaying religion and avoiding any discussion of the conflict with the Palestinians.”

This was no simple effort to increase the number of tourists coming to the country. It was a political propaganda campaign which aimed to staunch the long, slow bleed which has led to Israel’s haemorrhaging of political support caused by its violent and oppressive actions against Palestinian and Lebanese civilians.

Expensive public relations firms were hired and millions of dollars were spent; all, it seems, in vain. Brand Israel has failed.

In January this year it was reported that tourism to Israel has fallen for the third year in a row. This continued the negative trend that started with Israel’s brutal 2014 military offensive against the people of Gaza, during which the Israelis killed more than 2,200 Palestinians, including 550 children.

A massive $23 million advertising campaign to attract European tourists to Tel Aviv and Jerusalem “fell flat,” reported Haaretz. More bad news arrived last month, when the tourism ministry had to concede that a big-budget effort to attract Oscar-nominated Hollywood stars to Israel had entirely failed. The ministry invited 26 film stars to the country, aiming to attract them with glitzy tour packages with an estimated value of $55,000 each, but not a single actor took up the offer. Only Jennifer Lawrence made any use of the package; she gave it to her parents.

It was also announced that members of the winning Super Bowl team from America would be going on a trip to Israel; sadly for the Israelis, more than half of the players pulled out. NFL superstar Michael Bennett made specific mention of Israeli injustice towards the Palestinians as his reason for doing so.

While all of this is going on, the boycott, divestment and sanctions (BDS) movement has vowed to campaign against Israel until it ends the occupation, gives equal rights to all Palestinians and allows refugees to return. As BDS continues to grow, the Israeli government’s counter-BDS campaign only seems to grow more hysterical, oppressive and ineffective.

With the country still topping global unpopularity polls*, Brand Israel has, by any reasonable measure, been a spectacular failure. One of those behind the strategy has been the influential Tel Aviv think tank the Reut Institute. In 2010, its founder gave a PowerPoint presentation which included “Branding Israel”, championed as a key part of a campaign against the global solidarity movement for Palestinian rights. It was part of a greater effort that advocated “attacking” the movement and its “sabotage” by Israeli spy agencies. Since then, anti-BDS efforts have escalated to include increasingly desperate measures, with the Palestinian founder of BDS, Omar Barghouti, being arrested on fabricated charges this month in what can only be described as a dirty tricks campaign.

The Reut presentation that advocated “Branding Israel” as a response to the “existential threat” of BDS, and other forms of solidarity with Palestinians, suggested several examples of what it thought would burnish Israel’s “liberal” credentials. These included the animated film Waltz With Bashir, Israeli wine and Idan Raichel, the dreadlocked white Israeli musician.

“We will send well-known novelists and writers overseas, theatre companies, exhibits,” explained one Israeli official. “This way you show Israel’s prettier face, so we are not thought of purely in the context of war.”

Raichel followed this through with an Israeli government-produced tour across Africa in 2012 and 2013. He said in 2008 that he considers himself to be one of Israel’s “cultural ambassadors.” The musician’s liberal credentials fell apart, though, when it became clear that he not only endorsed a fund raising project for Israeli soldiers, but also advocated the torture of Palestinian prisoners; he once said that an Israeli soldier accused of torture deserved a “medal of honour.”

This is quite emblematic of Brand Israel’s total failure. War crimes and apartheid are ultimately quite a hard act to sell. The reason behind Israel’s unpopularity is no secret and has nothing to do with antisemitism. Israel is losing the battle for hearts and minds not because it has the wrong marketing strategy, but because it treats Palestinians appallingly. This much should be obvious to all but the most unreasonable of people.

That is why the BDS movement goes from strength to strength. It is also why Israel will continue to face the “existential threat” of BDS for as long as it continues to deny basic human rights to Palestinians.

A new survey by the UK think-tank Chatham House finds that 35 percent of the UK public have an “especially unfavourable” view of Israel.

This is double the 17 percent who held such a view during the previous survey in June 2012.