Fall-out in Israel over exclusion from EU 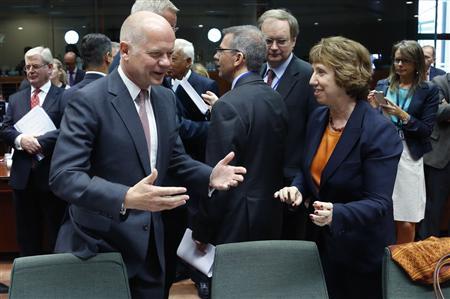 Europe must lead the way on Arab-Israeli conflict

NATAF – Everything considered, Europe is still the most important global player in the Middle East.

The US has armed forces and capacities. Russia and China have overt and covert interests, but Europe is the real player.

Despite the criticism and the slowness, awkwardness and contradictory interests of its member states, it is still the only player truly changing and affecting the Middle East.

No wonder then that most of the region’s peace initiatives have been linked to Europe, from Rhodes in 1949, via Madrid, to Oslo and the Geneva accord in 2003.

The US is needed to close the deal, but without Europe nothing can be started. That is why, while all shallow glances are directed at US secretary of state John Kerry, well-informed observers instead look to Europe.

The introduction of the recent European guidelines, which distinguish legitimate Israel in its internationally recognised borders (the Green Line) from its expansionist satellite settlements built after 1967, constitute a wise, just and balanced decision.

They exclude Israeli activities in the territories occupied by Israel since June 1967 from EU grants, prizes and loans.

The first test of these guidelines’ implementation will be the ongoing negotiations between the European Union and Israel on Israel’s participation in Horizon 2020, the EU’s research programme for the next seven years.

Israel will need to agree to the implementation of Horizon 2020 in accordance with these guidelines, something Israeli officials have repeatedly said it would not do.

It is important that EU foreign ministers, when they meet informally (at the “Gymnich”) on 6 September in Vilnius do not send a signal the EU will back-track from these important rules.

Over the years, we Israelis have fallen in love with a reality that enables us to have occupation without paying the price for it.

Numerous Israeli governments fell blindly into their own traps and actually believed the hollow and senseless rhetoric that labels anyone not in support of the settlement policy as anti-Israeli, and anyone who is anti-Israeli as anti-Semitic, a way of delegitimising legitimate criticism.

Then along came the Europeans and said: “Sorry, but we beg to differ. Israel is a legitimate state, but some of its actions are blatantly illegitimate and illegal. Therefore, both by the force of our values and out of sincere concern for Israel’s future, its well-being and security, we reject this distorted and dangerous reasoning of the Israeli right-wing that Israel equals Greater Israel, and we make this distinction: Israel, Yes. Settlements, No.”

It should be noted, Europe has been very consistent and has never recognised the “facts on the ground’ of Israel’s occupation.

For Europe, the borders as they were prior to the 1967 occupation are a legal principle and political reference point that has never been blurred.

No change of government in any member state, from conservative to socialist and vice versa, has ever changed this basic fact.

Meanwhile, Israel misinterpreted the world’s slow reaction to its illegal facts on the ground.

It did not read the writing on the wall.

With its arrogance vis-a-vis the outside world and its embarrassing political acquiescence toward its own public opinion, toward the settlers, it has ignored all warnings, even those sounded by its friends and supporters.

Now, as it is increasingly forced to pay the price for so many years of ignorance, it sings again the only tune it knows: “They are anti-Semites.”

Contrary to what many in Israel believe, political Europe is neither anti-Semitic nor anti-Israeli.

It is simply … European.

Beyond internal controversy, conflicting interests and the private history of each of its member states regarding the Middle East, Europe is busy establishing itself and its environment, with its traditional thoroughness.

It faces real threats and is committed to promoting the common values of self-determination, democracy, human and civil rights, tolerance, multi-culturalism and the negation of colonialism and discrimination.

These values are vital to its own existence.

This is realpolitik at its best.

Not the US, but Europe is the player positioned at the frontline, in constant friction with the realities of the countries around it.

In this sense the Middle East conflict, with all its political and religious dimensions, is not distant foreign policy for Europe. Often, it entails burning internal issues.

The new European guidelines and their implementation will not traumatise or hurt Israel.

Our government will not fall, crowds will not flood the streets, Israelis will not cease to do business or spend their holidays in their beloved, nearby, Europe.

On the contrary, the clear distinction between Israel and the land it occupies or has partly annexed will do us good. This is the unavoidable and necessary prologue to evacuating the settlements themselves.

That time will also come and it will be much easier and more acceptable than people tend to imagine.

On this occasion, as Europe takes steps to implement its values, we should look ahead and think of the next milestone: June 2017 will mark 50 years since the 1967 War, the beginning of Israel’s military occupation of the West Bank, East Jerusalem and the Gaza Strip.

Occupation must, by definition, be temporary.

History has never known a temporary situation that lasts five decades and which is evil and violent.

Europe must now have the courage and vision to guide the international community in its efforts to resolve the Israeli-Palestinian conflict. Europe must implement its laws and principles and bring temporariness to an end.

A high level meeting between Israeli and European officials on the EU settlement guidelines held in Jerusalem on Tuesday ended with an agreement – not on how to solve the problem, but rather to meet again on the issue Thursday in Brussels.

Both sides issued brief upbeat comments after the meeting about the matter that has cast a cloud over EU-Israel relations since the EU, in July, published guidelines barring any financial cooperation with Israeli entities beyond the Green Line.

“There were fruitful discussions today between Israel and the EU on the issue of the EU guidelines,” EU sources said. “Both sides explained their positions and expressed their willingness to find solutions to any potential difficulties. The talks will continue in Brussels on Thursday in the framework of negotiations on Israel’s participation in the Horizon 2020 project.”

The “fruitful discussion” characterization was echoed on the Israeli side, where the talks were described as having taken place in a “good, positive atmosphere.”

Israel has said that it would be unable to join the lucrative EU Horizon 2020 R&D project under the terms of the current guidelines. Israeli officials said that although there was little expectation that the EU would change the wording of the published guidelines, the hope was that it would show flexibility in their implementation.

Thursday’s meeting is not expected to lead to a sudden resolution of the issue, and other meetings on the matter are expected.

Deputy Foreign Minister Zeev Elkin on Monday night rejected the conclusions of a committee which looked into the Foreign Ministry’s conduct in regards to the European Union’s decision to boycott settlements.

The political echelon in Israel was baffled by the EU’s decision to deny funding from Israeli entities operating beyond the Green Line, which caught the Jewish state completely unprepared.

Following the confusion, a committee was tasked with finding those responsible for the lack of information and coordination on the sensitive issue.

Harry Kney-Tal, Israel’s former ambassador to the EU, who was brought out of retirement to write the secret report on why Israel’s foreign ministry were taken by surprise by the EU guidelines on funds for settlement bodies. Photo by Anton Dommerholt

According to top Ministry officials, the report ignores the problem the examiner was tasked with checking and mostly includes an analysis of the complicated relations with the EU, yet it barely analyzes the failure to deal with the issue. The report also downplays the importance of the EU’s decision regarding the settlements, officials say.

In an exceptionally harsh official statement, Elkin declared that “the report ignored the dramatic change in the new instructions, and the magnitude of the failure in the surprise over this dramatic change. If we want to avoid such failures in the future, we must delve into the truth impartially. The report fails to address the main questions, for which I asked to receive clear answers.”

‘Elkin trying to find a scapegoat at any cost’
According to sources in the Foreign Ministry, one of the report’s conclusions is that the Ministry officials were aware of the growing EU trend and reported about it. However, this conclusion does not match the great embarrassment in Israel in light of the EU decision.

Foreign Ministry sources slammed Elkin for his “unprecedented conduct.” One of the sources charged, “I have never seen such a thing, that the person in charge of a ministry speaks out against his own ministry. It looks like he’s trying to find a scapegoat at any cost. It’s unacceptable.”

The relations between the political echelon and the Foreign Ministry have not been running smoothly in recent years. Ministry officials have been accusing those in charge of trying to destroy the Israeli Foreign Service and intimidate its employees.

An EU delegation is expected to arrive in the country on Tuesday for a dialogue with Israel, in an attempt to soften and maybe even suspend or postpone the decision. Senior Israeli officials, including President Shimon Peres, have been working to convince European leaders not to carry out the decision so as not to have a negative impact on the peace process.

US Secretary of State John Kerry has been asked by Peres, Prime Minister Benjamin Netanyahu and Justice Minister Tzipi Livni to discuss the matter with EU leaders in a bid to delay the decision’s implementation.

Israel is also engaged in a dialogue with the EU in order to be included in the Horizon 2020 program, a prestigious scientific program which holds great strategic importance for Israel. Israel has threatened in the past not to take part in the project if the EU fails to alter its decision, and attempts are being made to come up with a compromise between Israel and the EU on the issue.