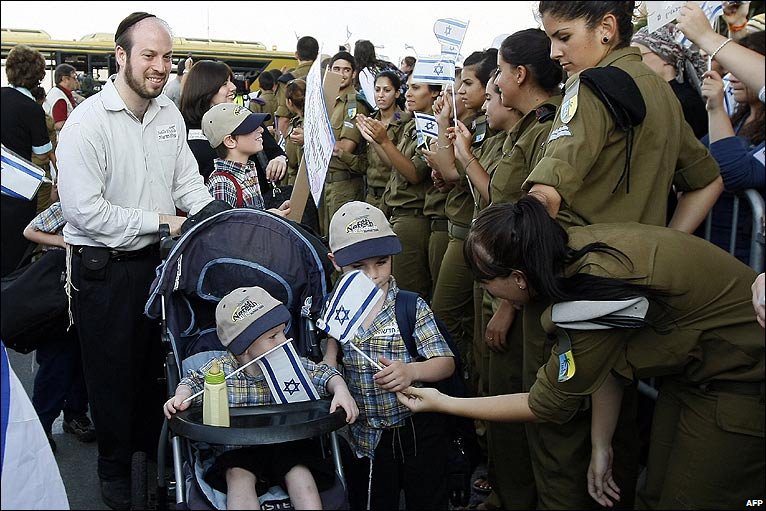 Arab teacher strip-searched before flying with her Jewish students

Ezies Elias Shehadeh was returning from a school trip to Eilat when stopped for security check.

She stood in the middle of Eilat Airport’s small departures hall, and her eyes said it all. An impressive, well-dressed woman with an assertive face, only her burning eyes betrayed the insult she felt. “I’m so ashamed,” she said, and the tears began to fall. But shame is the last thing Ezies Elias Shehadeh should be feeling. The shame is ours, all Jews who live in Israel and who allow the kind of situation that Shehadeh experienced to take place.

Shehadeh, a Christian Arab who was born in Safed and has taught tourism at a Jewish high school in Tirat Carmel for 19 years, was returning from a school trip to Eilat with her students.

As soon as she reached the security screening station, she was separated from her students and treated like an arch-terrorist.

At Ben-Gurion International Airport, before the flight to Eilat, she was singled out for special attention from security but not to the same extent as in Eilat for the return flight. Shehadeh relates that she flashed her teachers’ union membership card, the inspectors recognized that she was Arab but gave her a boarding pass without any problem — or so she thought. A few minutes later, she was called back to the screening station. Her purse and suitcase were emptied out, she was instructed to remove her shoes and her rings, and her cellphone was whisked away for inspection.

Nobody else on the flight was treated that way, she says. She remained quiet while her purse was emptied. She knows that as soon as the name on her identity card is read, she will be treated as if she were a ticking time bomb. Since it was privatised, security at Eilat airport has been significantly upgraded, outside and inside reports i-HLS, the commercial company Israel’s Homeland Security.

But at Eilat Airport, before the return flight, someone decided that she needed to be searched more thoroughly. She was taken aside to a small room where, she says, she was strip-searched. A security officer was stationed outside the room, while inside, a woman inspector wearing gloves began probing all through her carefully-styled hair. “They touched me all over my body. They even asked me about my bones. They asked me to take off my slacks, my bra. I remained in my underpants,” she says, as the tears come back. “When I complained, they asked me: ‘Do you want to do this the easy way, or stay here?’ I went through close to an hour of humiliation that way.”

It was not the first time, of course. Once when Shehadeh traveled abroad with her family, when they gave their last name as Elias, when airport screeners asked them for their name, they were ushered to an express line. But then the inspectors saw an additional name, Shehadeh, on their passports, and transferred them to a long line where even the children’s baby food was opened for inspection. In other instances, Shehadeh and her husband were asked to produce their marriage certificate, and on another trip they were asked to point out their destination on a map. Every time they traveled, the harassment increased.

In a response, the Israel Airports Authority said: “The security screening procedure and its methods are unrelated to the passengers’ ethnic origin, but rather have to do with many parameters. At no stage was the passenger stripped of her clothing. The screening procedures are set forth to the IAA by the state according to law. The body search was performed to make sure that the passenger would not board the airplane with objects in her purse or on her person that could endanger the security of the plane and the passengers.”

Shehadeh is not alone. Over the past few years, we have heard many accounts of Arab citizens of the State of Israel who undergo this kind of humiliation regularly. On the other hand, too many Israeli Jewish voices are heard claiming that this is the only way to keep us all safe. I would ask them to tell us, please, when airport inspectors last found weapons in the kidney of an Israeli Arab woman.

The unnecessary, humiliating treatment that multitudes of Arab Israelis suffer routinely in Israel’s airports must be done away with for good.

Ezies Elias Shehadeh is an Israeli teacher who has been teaching for 19 years at a Jewish high school in Tirat Carmel. She recently accompanied her students on a school trip to Eilat. But the fact that she is a Christian Arab immediately aroused the suspicions of the airport security screeners, turning her trip into a gauntlet of humiliations.

Orly Vilnai reported in Haaretz that when Elias Shehadeh and her students arrived at the airport, she was separated from them, then forced to strip and stand in her underwear to undergo a “security check.” The checkers even ran their hands through her hair and over her body. “When I complained, they asked me: ‘Do you want to do this the easy way, or stay here?’ I went through close to an hour of humiliation that way,” she related.

It’s impossible to make light of what Elias Shehadeh went through – an experience common to many Arab citizens of Israel and residents of East Jerusalem, and even to foreign tourists entering Israel. Many of them suffer body searches, personal questions and invasions of privacy, often for no real reason, but simply because of an arbitrary decision by the screeners.

The Israel Airports Authority and the security agencies have a plethora of excuses and justifications. They claim that all such procedures are carried out in accordance with the law, in order “to make sure that the passenger would not board the airplane with objects in her purse or on her person that could endanger the security of the plane and the passengers.” But passenger security can be ensured without unnecessary humiliations. Today, there are plenty of technological devices that can be used in place of humiliating procedures.

Nor is it believable that Elias Shehadeh was strip-searched not because of her ethnic origins, but based on “other parameters,” which is what the authorities claim. In her case, it’s hard to find those “other parameters”: This teacher was stripped and humiliated solely because she is Arab. And those who treated her in this fashion hurt not only her and her students, but also the principles of equality and individual liberty in Israel.

This incident once again proves that the religion of security drives the authorities out of their senses. Nobody questions the importance of security, especially in strategic locations like airports. But even there, not everything should be sacrificed to the Moloch of security. The airports authority must change its procedure for security checks fundamentally and institute checks devoid of racism and humiliation.