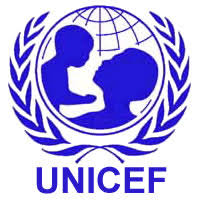 In occupied Palestinian territory, the violence has had a direct impact on children, and families struggle to cope

Scared by the terrifying noises of war night and day, children in Gaza and Israel are displaying worrying symptoms of psycho-social distress. Symptoms include bed-wetting, flashbacks, nightmares, fear of going out in public, fear of being alone and withdrawal.

Dealing with loss
In Beit Hanoun, an agricultural area in Gaza, Ahmed Bassiouni talks about how, one night, he had to comfort his children before they went to bed. His 15-year-old daughter Diana pulled the blanket over her head in an attempt to feel safer. Shortly after, an air strike hit close to home. “All the children were screaming, except Fares. I could see that he had been killed by shrapnel. I put a blanket over him – it was a terrible sight. I could not let his siblings see him. After that, I screamed.”

Already struggling to come to terms with the death of his 9-year-old son, Mr. Bassiouni says he does not know how to help his other five children. “They will not eat, they will not play and they will not go outside. They just remain indoors and cry,” he says over the phone. The rumbling sound of shelling can be heard through the receiver.

Another family has lost a child in Beit Hanoun. Jamal Nasser explains how he asked his wife and youngest child to sleep under the stairway that night, while he and four sons slept in the living room. That is where 15-year-old Oudai was killed by shrapnel, and his brother Tareq injured.

“Oudai was very good at school – he dreamt of becoming a physician,” says Mr. Nasser. “Now, this will never happen. His brother Tareq is in hospital. He will not stop crying that he is going to die, even if we tell him he won’t.

Yesterday, he said he wanted to go home. I could not bring myself to tell him we are not going back; there’s nothing left.”

Mr. Nasser says he does not know where to take his other children because nowhere seems safe. Stressing that he used to work in Israel, he says, “This war is robbing our children of their dreams.”

The teams are visiting hospitals and homes across Gaza whenever conditions permit. UNICEF is supporting partners to launch a hotline so that families can talk with a counselor on the phone when movement is restricted.

“For young children, such a major event is traumatic because it undermines their sense of security. They do not understand what is happening, and they feel helpless. Sometimes they even think they are responsible for the distress in their family,” says UNICEF occupied Palestinian territory Chief of Protection Bruce Grant.

“Psycho-social response is about talking to the child, telling him that these events can happen and that it’s normal to be scared. We try to build resilience, but restoring a child’s sense of security is a long-term process,” he says.

Families who have not been directly affected by air strikes worry for their children. With schools closed and recurrent power cuts, overwhelmed parents find it difficult to keep their children at home. Many children wander around the streets, where they can see collapsed buildings, injured people and dead bodies.

At home, the sound of war is overwhelming. “My one-year old son Kamal has not been the same since the air strikes started,” says UNICEF Communication Officer in Gaza Sajy Elmughanni. “He used to be a happy baby, but now he sits and stares blankly. It makes me feel powerless.”

But the attack and its consequences have been the hardest for Gaza’s children, unable to comprehend the volatility and the political intricacies in the place they call home.

“Mamma, mamma,” cried Muhammad Abu Zour, 7, in the al-Zaytoun neighborhood of Gaza City. His head is bandaged and one of his eyes is purple and badly swollen. His eyes flicker upwards and backwards.

“There is a possibility that he has severe brain damage as there is internal bleeding within his skull,” Sana Thabat, a 23-year-old nurse in Gaza’s al-Shifa hospital said.

The Israeli jets had been targeting the home of an alleged militant next door. Al-Zaytoun is densely populated and far from any Hamas military compounds.

In another case of Israeli “collateral damage” several members of the al-Dalu family, including four children, were killed when an Israeli missile hit a four-story house belonging to Jamal Mahmoud Yassin al-Dalu, 52, in the north of Gaza City.

Head fracture
Alia Kalajar, 23, from Shojaiya in Gaza wept silently as she held the hand of her seven-year-old daughter Nisma. “Nisma has stopped talking and we don’t know if she will ever talk again. She has a head fracture and is bleeding internally too,” Kalajar said.

The little girl fell from her home on the third floor of a building that was struck by an Israeli drone. Nineteen Palestinian civilians were injured in that strike.

Abdel Aziz Ashour, 6, from al-Zaytoun has shrapnel injuries in both his legs. He was playing with his seven brothers and sisters last Tuesday when an Israeli drone targeted his neighborhood.

Low on medicines
His cousin was killed and five other civilians were injured. But the little boy remains cheerful despite the grim circumstances and the pain he is in. “I’m not afraid of the Israelis,” he said as he flashed the V for victory sign. Al-Shifa hospital staff have been forced to work long hours with limited medical equipment and dwindling supplies of medicines.

“I’ve seen so many dead and injured children. In the end one becomes a little numb to the situation,” Adnan Bughadi, a 22-year-old nurse from Shojaiya, said. “Most of us have been working double shifts to cope with all the wounded, and it is very tiring. At one stage the floors were covered in blood and there was a shortage of beds for the wounded.”

“The hospital is running low on some essential medicines and has run out of others,” Sana Thabat said. “I find it very distressing seeing the number of children and other civilians killed but what can we do? We have to keep going.”

The Palestinian Centre for Human Rights has called for an international fact-finding mission “to investigate war crimes committed by Israeli forces against Palestinian civilians in the Gaza Strip, and to take necessary measures to prosecute the perpetrators.”

55 houses were completely destroyed, while hundreds of other houses sustained damages ranging between big damage and partial damage.

2 mosques were completely destroyed, while another 34 mosques sustained partial or big damage.
8 governmental establishments, 13 security offices and police stations, and 2 bridges connecting the central Gaza Strip with the northern Gaza Strip were destroyed.