“Friends of Ariel University”, these ones from the Beth Shalom congregation in Wilmington, Delaware, visiting Ariel university, built in an illegal settlement in the West Bank.

This is how I became the Israeli version of Steven Salaita: I was teaching at Ariel University when administrators summoned me to a pre-dismissal disciplinary hearing claiming that my views on religion (too atheist), welfare (overly capitalist), gender (not feminist enough ) and Zionism (not Zionist and willing to withdraw from practically all the occupied territories) are not in line with the university’s public image. Dozens of professors from various Israeli universities and colleges petitioned against this step, and several protest articles and social network statuses were published.

After a labour court prevented the university from dismissing me in an administrative procedure, the university appointed a special disciplinary committee that included a representative of the public at large who supports the complete erasure of Gaza from the map.

Undeterred, I published an article suggesting that an academic boycott might be justified when an institute entirely violates the basic tenets of free speech and academic freedom, which created waves worldwide. Thereafter, the disciplinary committee fired me on the spot as my views “hurt public feelings and damage the university’s reputation”.

Ariel University tries to claim that the case against me relates to a statement I made on my personal Facebook page some two years ago in a general discussion about the issue of sexual offences. I wrote then that the veracity of testimonies of alleged victims of crime who never reported it to the authorities is questionable. This statement was the focus of disciplinary proceedings that, however, the university withdrew in December of last year because it came to the conclusion that there was no violation of the ethical code. This conclusion changed, all of a sudden, when my political commentary became more critical of Zionism in general and of the occupation of the West Bank in particular.

In 2009 I had joined the ranks of Ariel as a communication professor. At that time Ariel, being mainly a teaching college located in a settlement at the heart of the occupied Palestinian territories (but practically speaking not letting Palestinians enrol), aspired to obtain recognition as a research-first university, and was aided by a strong political lobby. Did I not know, then, about the occupation? Of course I did, but apart from the fact that I too had bills to pay, I truly believed that it is possible to uphold democratic academic standards even in such difficult circumstances.

At first, it seemed to work. For a number of years, Ariel did not put restrictions on freedom of expression or academic freedom. When I published in 2011 a column that cast heavy doubts on the veracity of Zionist ideals and suggested that it is better for Jews to live outside Israel – nobody on campus said a word. Nor did they say anything when I wrote in another op-ed published a year earlier that it is about time to forego the law of return which gives any Jews around the world, regardless of their criminal record, the right to naturalize in Israel at any moment. In fact, Ariel even suggested at that time that as part of its upgrade to a university status it would welcome Palestinians as faculty. 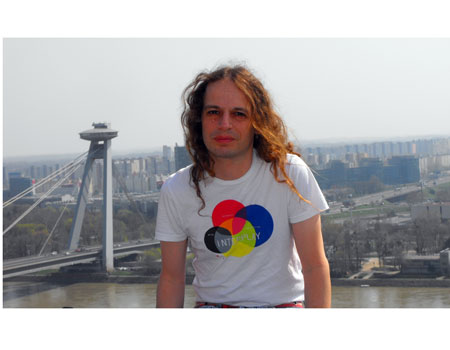 Needless to say, to this day not a single person of Palestinian origin has given one lecture in the settlers’ academe. The problem, however, is not only with what did not occur but mainly with what did happen. Right after Ariel gained a university status, democracy and personal freedom died an early death. I say this even though I know personally many good people there (they typically joined Ariel only when vacancies in other universities in Israel dried up). Moreover, a large part of the research conducted in Ariel is terrific. Unfortunately, it is not a remedy to the lack of personal freedom.

The first victim first was a guest student from Russia, Asya Kazanzeva, who commented in her blog that one of her lecturers insists that God’s existence is a scientifically proven fact whereas Darwin was wrong all the way. The university’s reaction was to warn her not to criticize Ariel in public and threaten her with a fine. She left the country.

The second victim was my student, Rinat Zolek, who wrote on her Facebook page that studying in Ariel was a bad decision and that given the political circumstances of which she became aware during her studies she would have preferred to spend her time in a Syrian prison and not in Ariel. She was suspended. The court still sits on her case. The third victim was a Palestinian-Israeli student, Ya-Ya Hajj-Yahya, who after the kidnapping of three settlers (what became a preamble to the latest war in Gaza) published a social media status that was supposedly “not condemning enough of the kidnappers”. She was summoned to disciplinary hearings.

However, personal witch-hunting is not the sole deviation from democratic principles at Ariel University. This institute introduces pseudo-academic programmes run by Chabad and other orthodox missionary organizations, tempting students to take part by granting them academic credits in exchange. (Class attendance, by the way, is checked by fingerprints.) Last but not least, the university lately ratified a charter insisting that it is not just a scientific institute but a research institute with a Zionist perspective.

The university chancellor further declared that non-Zionists are no longer welcome on campus – neither as students nor as faculty and the university president published an official letter announcing that anyone who teaches or studies in Ariel is not allowed to utter non-Zionist statements. I guess that in such circumstances I am indeed no longer welcome. The question is how the academic community and the public at large should deal with Ariel given polices that violate the essence of academia?

Amir Hetsroni is a political commentator, a novelist, and was a professor of communication at Ariel University – an Israeli university located in the West Bank. He is in dispute with the university, which sent him a dismissal notice.